If you happen to be planning a congress or a meeting in Italy  you’re lucky as, besides being one of the of the major financial and trade centres worldwide, Milan is the place to be for business in Italy as it is the undisputed capital of economy of the country and is perfectly equipped to host top-level events and congresses. Indeed, it ranks number one in the whole nation in terms of visitors attending fairs and hosts one of the largest congress centres in Europe: the futuristic MiCo. If you’re still uncertain about setting an important meeting in the city, here are some reasons that will make you change your mind:

1. Hotel Network in the Italian Capital of Business 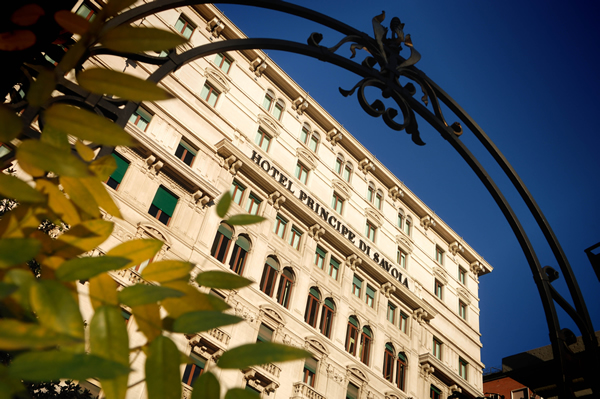 Boasting more than 380 hotels featuring over 25,000 rooms, Milan offers one of the widest choices for accommodation, ranging from top-level 5 stars to luxurious 4 stars hotels, as well as 3 stars, located close to the heart of city or next to the most important exhibition centres. Almost any of the upmarket hotels is equipped with one or more conference halls, perfectly geared up to host a significant number of guests and supplied with the latest high-tech devices to allow the best of functionality and comfort. Whether you happen to come to Milan for more than one day, or just for a few hours and need to set up a business meeting or a congress, make sure you take advantage of the many possibilities offered by the hotels of the city or, why not, by the ones located close to the airports. Some Milanese hotels can take advantage of the direct collaboration with specialised organisations designed to offer the full planning of congresses from A to Z within the best business facilities, while other hotels boast a well-trained staff of professionals dedicated to the organisation of meetings and conferences. Or maybe if you’re in search of a more convenient accommodation you might easily find what you have been looking for, as the city also boasts a selection of Bed & Breakfast, both in the city centre and set just a few kilometres apart, as well as hostels suitable for youngsters and not only.
>> Check some of the best hotels for a congress in Milan

2. Milano is the Gateway to Europe 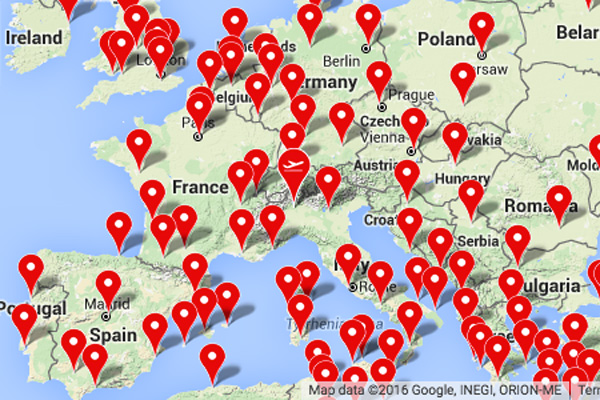 Milan is set in a strategic geographical position allowing the city to be connected with the most important capitals cities and core locations in Europe and worldwide, covered daily by more than 800 flights, including both scheduled flight and low-cost companies. The three airports supplying the city – Orio al Serio near Bergamo, Linate, located a stone’s throw from the city centre and Malpensa, just 50 km away from Milan – are geographically located to allow the maximum of accessibility from any direction. Whether you choose to reach them by car or by taking advantage of the efficient network of public transports offering convenient fares, every airport is definitely at hand. Public transports include buses from the highly central Piazza San Babila to reach Linate airport, shuttles departing from Milan’s Central Railway Station to Orio al Serio and Malpensa, or the fast train Malpensa Express, the perfect way to arrive at the eponymous airport in 30 minutes and avoiding the queues, departing both from the Central Station and from Cadorna Railway Station. Milan, though is not only easy to reach via plane, but also is a highly at hand destination accessible with regional, national and international trains, as well as high-speed trains arriving and departing daily at the city’s main stations – Central Station, Cadorna and Porta Garibaldi Railway Stations. Moreover, Milan features an efficient taxi system allowing its guests to quickly reach any destination within the city as well as in its outskirts and public car rent services easy to use in the metropolitan areas. If you are in search of a green and high-end car rent service, for a one day trip, a weekend or longer journeys, luxury rentings involving a Tesla sportscar have recently been introduced.
>> Read more about getting around in Milan 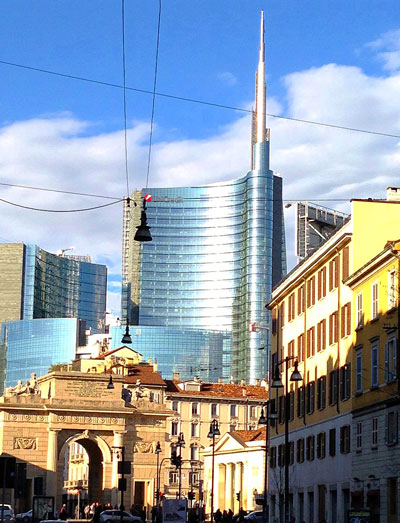 A view of Milan: Roman ruins and skyscrapers

Though its highly contemporary look at first sight, the city boasts a surprising historical heritage, as it features origins dating back to 600 b.C, the period of its foundation by the Celts, which was soon followed by the conquer by the Romans. Called Mediolanum for its highly central position within the Roman Empire, Milan has also covered the role of capital of the Western Roman Empire, whose most renowned remains are still visible, intertwined with modern and futuristic buildings. Parts of the ancient Roman walls, the columns of San Lorenzo, the ruins of the old theatre newt to today’s Piazza Affari, the imperial residence of Maximianus and via Vigna, formely home to the circus are among the many monuments testifying the crucial role of Milan for the times. But it’s not all, as the city boasts a peerless history also for the following centuries: from the Milan under the Visconti family at the end of the Middle Ages and the Sforza family during the Renaissance we owe some of the city’s key symbols such as the Sforza Castle, now home to museums and important historical remains. The church of Santa Maria delle Grazie, mostly known as home to the Last Supper and the Navigli are other great works born in this period. Some of the most renowned monuments and buildings of the city such as the Arco della Pace, the Scala Theatre, the Galleria Vittorio Emanuele II and, last but not least, the Duomo are witnesses of a glorious history during the Nineteenth century, period featuring Milan as capital of the Reign of Italy under Napolen Bonaparte. Today its relevance has remained unaltered, featuring Milan as capital of architecture, a pole of innovation and design with few equals.

4. The Italian Capital of Shopping: Fashion, Design and… 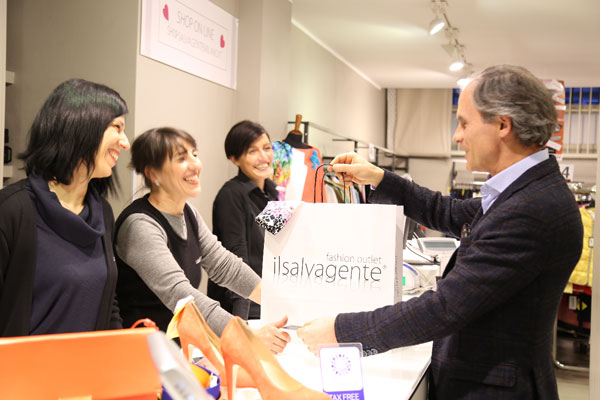 Men, women and even children can’t help but remain awestruck while strolling through the city streets and its shiny windows. That’s right, Milan is the undisputed Italian capital of shopping, featuring a well-balanced distinction between districts able to satisfy every style whim. The Quadrilatero della Moda, for instance, is acknowledged as the most exclusive venue for upscale shopping; for those looking for designer clothing, accessories and jewels, the boutiques and showrooms spread over via Montenapoleone, via della Spiga, and via Gesù are the perfect destination. Moreover, the district starting from the Duomo area and reaching Corso Buenos Aires will tempt you with its countless trendy shops and boutiques, as they offer the best from the latest fashion and design trends. For a quick break into a futuristic shopping hub Piazza Gae Aulenti and the nearby corso Como are two not-to-be-missed destinations, some of the most fashionable and lively districts of the city. Though, if you feel more vintage-shopping oriented both for clothing and home décor, as well as for design, a stroll throughout the Brera or Navigli districts is an absolute must.
>> Check our shopping section

5.  One of the Busiest Italian Cities 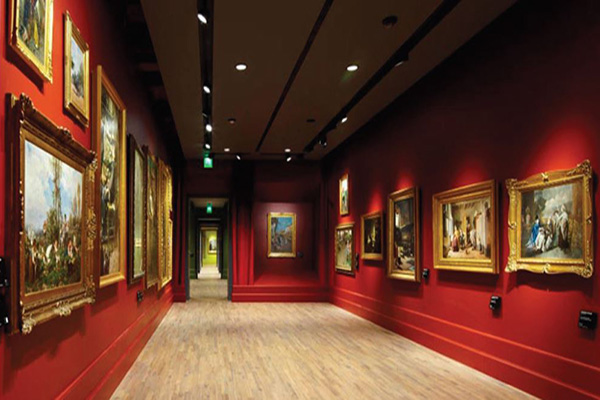 A visit to Milan only involves one “problem”: there’s so much to do that time seems to fly by. Whether you happen to be in the city for business or for leisure, saving some of your time for a visit to its museums or cultural hubs is a must-do that won’t leave you disappointed. The nearly 90 museums within the city are all unmissable venues and cover a broad spectrum of subjects that range from art galleries to history museums, as well as key destinations for fashion, science, architecture and design aficionados. Obviously without forgetting famous character’s house museums and ultra-modern hubs. The must-see locations are not over yet, as they also include churches and historical basilicas of important artistic interest such as, for example, the Basilica of Saint Ambrose, Santa Maria delle Grazie and many others.
>> Check our top 10 list

6. Eat and Party Out 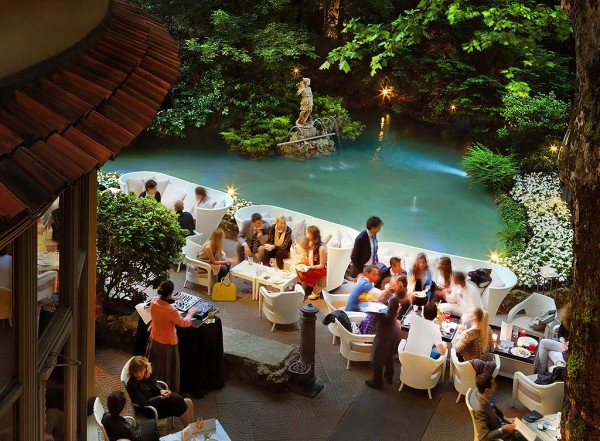 When it comes to food, Milan has few equals as it features a vast array of restaurants that offer from traditional to ethnic cuisine, from local to international delicacies. The more than 700 Milanese venues are located within the most attractive locations of the city and include starred restaurants, the ideal destination if you plan to taste the best creations by Michelin awarded chefs, 5 stars restaurants hosted within high-end hotels, as well as gourmet hubs whose origins plunge into local history. But it’s not all, as if you wish to experience the traditional aperitivo ritual, the bars and bistros offering the chance to feel as Milanese as ever are countless and also include panoramic destinations overlooking the city. Nightlife is even more exciting, featuring more than 50 theatres showcasing musicals, ballets, concerts and cabaret and include important locations such as the worldwide renowned Scala Opera House. For a more action-packed night out the city boasts over 100 clubs, where music lovers of any age can dance until the morning lights. Or maybe just a wander through Milan’s districts is enough to live a picturesque atmosphere like, for instance, in Brera or Navigli districts which offer the chance to listen to live music from street performers. 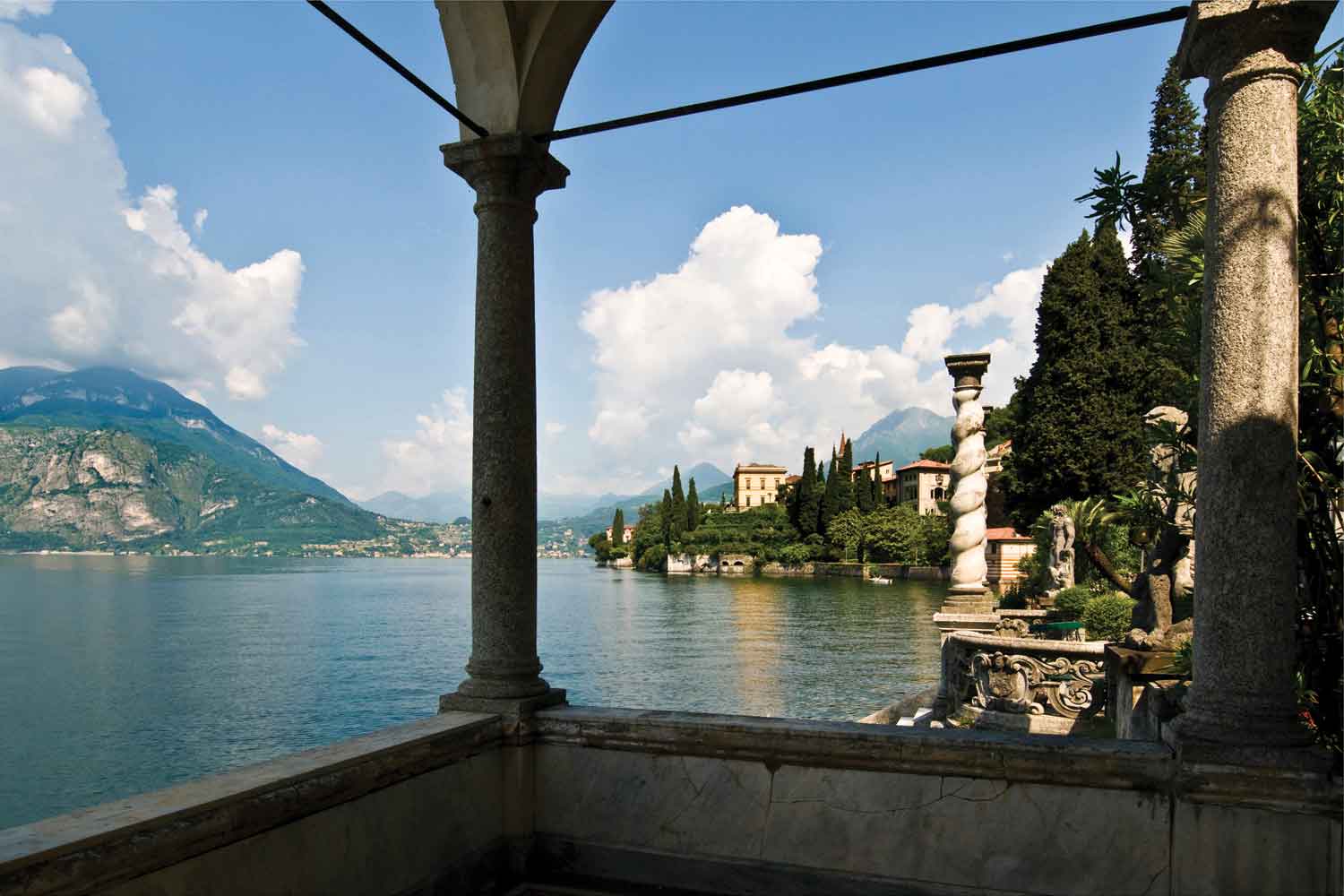 Milan’s strategic position allows many day-trip opportunities which include cultural trips, seaside destinations or historical and natural jewels. If you don’t wish to go too far away from the city, a trip to the Lakes of Lombardy can be the right chance to discover the local beauties or to stop for a gastronomic experience facing the lake. Or even, just less than 1 hour drive from Milan, Monza with its Royal Villa or the city of Pavia are two interesting destinations full of history and monuments. Efficient train connections enable you to reach further locations such as the Reggia of Venaria Reale near Turin, the perfect hub for a jump into history, as well as Liguria’s seaside or the city of Genoa, with its famous Aquarium. Italian jewels in the crown like Verona, the city of Romeo & Juliet, or Venice with its characteristic canals are at-hand both by car and by high-speed trains. Some of the most renowned cities in Northern Italy such as historical heritage like Florence and Siena, are easy to reach as well, being located just 3 hours away from Milan.
If you are looking for a congress venue you can check the destinations proposed by EventingMilan, one of Italy’s leading conference management operators since 1994.