Milano is growing fast! As many of the other European most relevant cities, new skyscrapers are being built, changing Milan’s overall landscape. While many of them already have a history dating back in years, many others are ready to be discovered.

Here’s a list of the most characteristic skyscrapers and towers of the City: 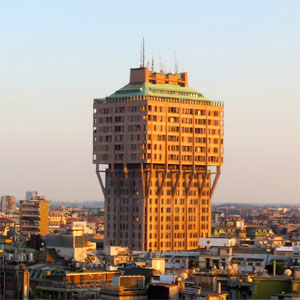 Historical building in the city center, the Velasca Tower designed by Studio BBPR (Banfi, Barbiano di Belgiojoso, Peressutti, Rogers) was born in 1958 in the homonym square owed to Juan Fernández de Velasco, Milan’s former Spanish Governor in 1600. Built in one of the most devasted areas during the Second World War, this 106-meters-tall panoramic building is one of the key simbols of the transition period in the 60s and has often been seat of various Italian films; due to its historical value, the Velasca Tower was honored with the City’s Cultural Heritage title by the General Direction for the Cultural Heritage. Its typical “Mushroom shape” depends on the different size between the first 18 storys, hosting shops or offices and the following 8 storys, fully residential. 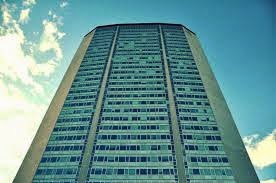 Palazzo Pirelli is another famous postwar skyscraper and is commonly known as Pirellone; it was projected by architects and constructors Gio Ponti, Giuseppe Valtolina, Pier Luigi Nervi, Antonio Fornaroli, Alberto Rosselli, Giuseppe Rinardi and Egidio Dell’Orto at the beginning of the 60s. Built at first to be seat of the tyres brand Pirelli, now Lombardy’s Regional Council is hosted among its glass walls. With the inauguration of Palazzo Lombardia, the Pirellone has lost its record of tallest building in Milan, but it has kept unaltered its breath-taking view. After being damaged by the impact with an airplane in 2002, now its 32nd floor is visible freely on particular occasions easy to find on Regione Lombardia’s website. 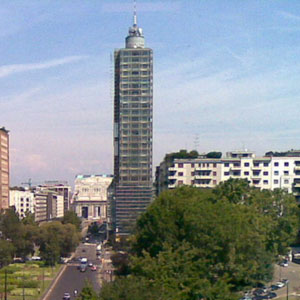 The first building to overtake the Madonnina’s height, it enclosed an incomparable history of records, all reached by the abrogation of old laws dating back to the Fascism times. Built in 1954 from architect Luigi Mattioni’s project, the Breda Tower has always been considered a palazzo for wealthy Milanese because of its avant-garde innovations. Its spaces are overlooking the central area of Repubblica and are devided into offices on the first eight storys and luxurious apartments covering the above twenty-one storys, that don’t allow the entrance to external visitors. 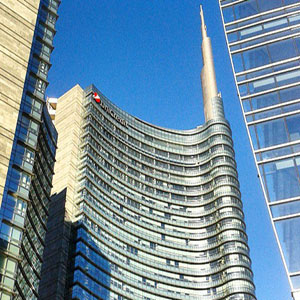 Its 231-meters-tall spyral-shaped pinnacle, fully covered by colored led lights, stands out against the modern Porta Garibaldi area and it’s a well known feature that makes the UniCredit Building  Italy’s tallest building. The UniCredit building, composed by three different palazzos conneced one to another and famous for their bright and modern glass walls, was projected by César Pelli and inaugurated in 2012 based on Hines Italia real estate company’s project, is now seat of the UniCredit group. Thanks to its strategic location in the new-born Gae Aulenti Square, it’s now a must see venue for those who would like to see its futuristic volumes from the outside before taking a seat to sip a cocktail in the square, a stone’s throw from Corso Como shopping area.