Home Discover Milan A Journey Towards Varese, the Garden City

In north-western Lombardy, 55 km north of Milan, close to Malpensa Airport and only a few kilometres from the Swiss border, the town of Varese is well known as the “Garden City”, while its province is rightly defined as the “Land of Lakes”, because of the seven lakes scattered throughout its territory. The A8 motorway (follow the green signals!), part of the oldest toll road system in the world, connects Varese with Milan. The town is also served by both the state-run Ferrovie dello Stato (FS) and Ferrovie Nord Milano (FNM). Trains run every 50 minutes and the journey to Varese takes about 45 minutes. Here are some tips for discovering some of the area’s historical and artistic treasures, in the city or just outside it.

According to tradition, the hermitage of Santa Caterina del Sasso (75 km from Milan) was founded in the 12th century by Alberto Besozzi, a rich local merchant who, after having survived a heavy storm while crossing Lake Maggiore, decided to give up his worldly goods and live the life of a hermit. The particular appeal of this hermitage (which contains important frescoes) is mostly due to its astonishing location, perched on a rocky overhang with a sheer drop down to the Lake.

The Sacro Monte and its village hiding a precious house-museum

Varese’s Sacro Monte, one of the nine religious complexes situated on the slopes of the Piedmont and Lombardy Alps and included in the list of UNESCO World Heritage Sites, is a religious itinerary dedicated to the Mysteries of the Rosary which encompasses 14 richly decorated chapels erected during the late 16th and 17th centuries. In addition to its symbolic and spiritual meaning, this is a place of great beauty by virtue of the skill with which they have been integrated into the surrounding natural landscape of hills, forests and lakes. They also house important artistic material in the form of wall paintings and statuary. Sacro Monte has been a site of worship for centuries, with legends attributing its origins to Saint Ambrose of Milan.
Sacro Monte boasts the presence of the inhabited village of Santa Maria del Monte, with its characteristic shady lanes and steep stairways, subways and numerous Art Nouveau villas.

Here you will also find the Lodovico Pogliaghi House-Museum, an atelier where a great eclectic artist of the 20th century retired and worked for decades, creating a unique collection that culminates in the life-size plaster cast of the door of Milan Cathedral.

Surrounded by splendid grounds extending over 33,000 square metres, Villa Menafoglio Litta Panza looks out over the city of Varese from the hillside of Biumo Superiore. Over the decades, this 18th century residence changed hands several times, until finally being transformed, in the early fifties, by the Milanese industrialist Giuseppe Panza,

who amassed one of the world’s largest collections of postwar American art and began filling it with his famous modern art collection, now partially distributed among leading international museums. Between 1973 and 1976, several of these works were created specially for Count Giuseppe Panza di Biumo, by the same artists. In 1996, Giuseppe Panza decided to donate the entire property to the FAI, Fondo per l’Ambiente Italiano, with the intention of preserving not just his home, but also his vast art collection for posterity. Of particular interest is the rustic wing, which houses a site-specific art gallery with works by Dan Flavin, James Turrell and Robert Irwin.

The ancient village of Castiglione Olona, an isle of Tuscany in Lombardy

The village of Castiglione Olona was founded in 401 BC by a Roman general, subsequently becoming a “castrum” or stronghold. Right up until the Middle Ages it was the site of numerous battles, only going on to achieve maximum splendor during the Renaissance period when it was transformed, with the addition of buildings and churches, by the art Patron, Cardinal Branda Castiglioni, one of the most influential people of his times. Worth particular note is a visit to the Palazzo Branda Castiglioni (today a Museum of Plastic Art with rooms featuring magnificent 15th century frescos by Lombard and Tuscan masters) and the Church, with its walls and vaults, painted entirely “al fresco” by Masolino da Panicale (1435). 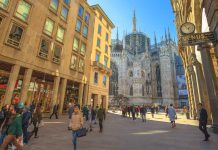 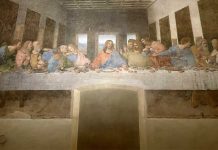