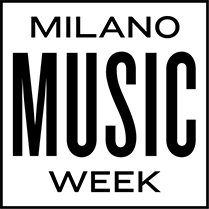 Lovers of music, of the magic sound of Italian songs and of the culture behind it, rejoice as Milan is ready to host the first edition of Milano Music Week, a massive event set to become one of the reference points for Italian music in the whole nation. A full week of music kicking in on 20 November which will involve different locations of the city, featuring live concerts, DJ sets, meetings, conventions, talks, dedicated exhibitions and music laboratories featuring the participation of all operators in the sector, from authors to singers, from promoters to music schools, up to recording companies.
On this occasion, well-known artists and new talents will be the real protagonists and will share the stage to help Italian music industry grow and enjoy new opportunities from a rich and important music reality. Talking about numbers, Milan Music Week and its programming curated by Luca Di Gennaro already have all the numbers needed to become a huge success: over 50 associations, music labels and promoters participating, 200 artists and over 70 different locations for events including 57 djsets, 100 live performances, 112 panels and 16 talks suitable for visitors all ages and favourite genres.
The event will be opened on 20 November with a special talk and live concert by one of the most important Italian artists, Niccolò Fabi, celebrating over 20 years of career during the grand opening at Teatro dal Verme, one of the temples of music in Milan, followed by a dj set by Lele Sacchi.

The events cover different locations, spanning from traditional concert halls to unconventional destinations. BASE Milano and Archiproduct Milano serve as general headquarters to Milano Music Week and are home to Linecheck, the seat where all events in the metropolitan area of Milan start. Here, producers and art directors of important music festivals such as Primavera Sound, Glastonbury and Eurosonic are the protagonist of themed events and talks. Malpensa Airport and the former Casello Daziale (ancient toll booth) turn into setting of dj sets and live concerts.
Urban Center also features a key role, being the official information point of Milan Music Week. Plus other locations (to discover the full list of event locations, please check the official website).

Milan is in the meantime a nerve centre and a leading city in the show business, especially for what concerns music in Italy. Lombardy is indeed the ‘queen region’ for music, hosting in its territory over 20,1% of industries in the sector in the whole Italy: only in 2016 the region hosted 142,000 shows and live performances, featuring 6-million entrances and over 8-million participants resulting in a total income of around 200-million euros. Though the city of Milan is the very centre hub for music in Lombardy with an average offer of 300 events per month, resulting in a monthly 8-million income and events involving 928 companies (around the 9,3% of the national total number) – a number which is increasingly growing – and over 7,000 professionals working in the sector. These are important numbers that not only testify the importance of Milan as the booster for the city’s vitality, but also the volume of the income and of the ability to offer working possibilities in the music sector in the country.
The value and importance of the cultural offer in the music sector is currently supported by the Municipality of Milan, the mind behind the project of the first edition of Milan Music Week, a key event which add up to the yet uber rich programme of events in the city.
>> Check our selection of events and concerts happening in the city on our event section
Where Milan is proud to be media partner of the festival
External links: www.milanomusicweek.it