Which are the best events happening in March in Italy? Find here the complete list selected by Where Milan. The very best of events in Milan, Rome, Florence, Venice, Sicily, Naples, the Alps and more. Find out where in Italy your events take place and use our personalized map at the end of this page.

USUALLY MARCH –> SWITCHED TO 27-29 JUNE 2021
Florence, Tuscany (Central Italy)
The fair dedicated to excellence in taste and food lifestyles. Taste is the Italian fair dedicated to good eating and good living attended by the top figures in the international gastronomic and catering trade as well as an increasingly growing public of passionate foodies.
> Additional info and tickets Official Website of Pitti Immagine

8-13 MARCH 2021
Different areas, Italy
On March 25 and 26 FAI (The Italian Trust for Cultural Heritage) organizes the Spring Open Days. Hundreds of libraries, archaeological sites, religious buildings, villas, and palaces all over Italy and usually not accessible to the public are open for visits free of charge to increase awareness and knowledge of Italy’s impressive artistic heritage.
> Additional info and tickets Official Website of FAI

OCTOBER TO MARCH
Florence, Tuscany (Central Italy)
The Maggio Musicale Fiorentino is an annual arts festival held in Florence and that includes a very important opera festival. Giuseppe Verdi’s Traviata, George Bizet’s Carmen, Mozart’s and Shostakovich’s concerts are just some of the events on the schedule.
> Additional info and tickets Official Website of Maggio Fiorentino Festival

EVERY SATURDAY OF MARCH 2021
Sarzana, near Cinque Terre and Genova, Liguria (Northern Italy)
Sarzana is a small village that lays a stone’s throw from world-famous tourist destinations Cinque Terre and Forte dei Marmi. Located in the Magra Valley is famous for being very fertile, and for its delicious cuisine with influences both from Liguria region and Tuscany. Every Saturday of the month, from 9.30am to 1pm, Sarzana hosts a farmers’ market organised by Slow Food, with food producers from all over the area gathering here with their best products.
> Additional info and tickets Official Website of Sarzana’s Slow Food Farmers’ Market

19 MARCH 2021
Different villages around Foggia, near Bari, Apulia (Southern Italy)
Itri, near Rome, Lazio (Central Italy)
Part of the rich heritage of Italian religious rituals the bonfires of Saint Joseph (falò di San Giuseppe) are celebrated in several villages around the city of Foggia and in Itri, not fra from Rome. Most of these rituals are a mix between pagan tradition and Christianity. On this day people build bonfires where they burn old things as a symbol of the burning of the past season (winter) and the welcoming of new one (spring).
> Additional info and tickets Official Website of Apulia’s Bonfires

FOOD&WINE | Cheese Festival on the Alps

12-12 MARCH 2021
Campo Tures, near Trento and Venice, Trentino Alto Adige (Northern Italy)
It has always been a long challenge between Italy and France: wine and cheese. Where the best ones? Of course we say Italy. Head to the Dolomites, the most beautiful region of the Alps, and explore more than 500 different kinds of cheese in the Aurina Valley in the picturesque village of Campo Tures. A mouth-watering experience.
> Additional info and tickets Official Website of Kase Cheese Festival in Campo Tures

SUSPENDED
Fano, near Rome, Marche (Central Italy)
Carnival is a very peculiar festivity in Italy and Fano’s Carnival is the oldest one in the country together with Venice’s. Since 1347 Fano hosts a huge parade with allegorical chariots parading and hundred of masqued people dancing. Sweets and treats of any kind are thrown against the public, while a huge statue of the “pupo” (the most revered personality of the year) is burned down at the end of the parade as a satirical gesture. Carnival is that moment in the year when everything is turned upside down. If you can’t make it to Venice Carnival go to Fano’s one.
> Additional info and tickets Official Website of Fano’s Carnival

SUSPENDED
Cento – near Bologna and Ferrara, Emilia Romagna (Northern Italy)
With its spectacular parades, Cento Carnival is traditionally listed among the most popular carnivals for Italians, usually less crowded with tourists compared to Venice and Viareggio, but not less characteristic. In fact, cento carnival was the first celebration twinned with Rio de Janeiro carnival. Parades usually start from 2pm and go on until 6.30pm. By tradition, stuffed animals and toys are thrown from the carts to the public.
> Additional info and tickets Official Website of Cento Carnival

SUSPENDED
Together with Venice, Fano, and Ivrea, the Carnival of Viareggio is one of the most famous in Italy and Europe. It is held annually in the Tuscan city of Viareggio with parade of floats and masks made of paper-pulp depicting caricatures of popular people such as sportsmen, politicians, and showmen. A huge satiric masquerade alongside the beach. Worth going.
> Additional info and tickets Official Website of Viareggio Carnival

LOCAL FOLKLORE | The Carnival of Putignano in Apulia

SUSPENDED
Putignano, near Bari and Brindisi, Apulia (Southern Italy)
Carnival is a very special festivity for Italy. It precedes the 40 days of partial fasting before Easter and it is the day when everything is allowed: satire, irony, jokes, and huge amounts of food. Masquerade parades are typical of the Carnival and there are a few very famous. In Southern Italy the Apulian village of Putignano hosts the most famous one with huge chariots with locals masks in papier-maché as “Farinella”, music, dances, and local products sold everywhere.
> Additional info and tickets Official Website of the Carnival of Putignano

SUSPENDED
Ivrea, near Turin and Milan, Piedmont (Northern Italy)
Carnivals are famous all over Italy. Together with Venice, Viareggio, and Fano, the Carnival of Ivrea represents one of the most famous and charming of the country. It celebrates the Carnival (that time where irony, jokes, and huge food quantities precede those 40 days of fasting before Easter for Catholics) and it commemorates an episode from the Middle Ages when the city was liberated from tyranny. The celebration culminates in the famous Battle of the Oranges, when people start throwing thousand of oranges to each other.
> Additional info and tickets Official Website of the Carnival of Ivrea 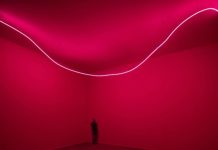 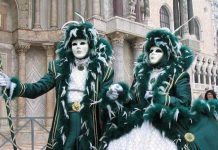 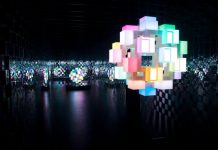