In just four short days, the city of Milan, Festa della Musica, and Expo in Citta, powered by Molinari, will collaborate to host several free mini-concerts throughout the city for a one-evening only experience happening this Sunday, June 21st. Scattered all over the city covering about 90 different locations, musicians, bands and choirs of all genres and ages have personally chosen to showcase their melodic talents to the public during this annual concert series, free of charge.
The inspiration of this event came from Fête de la Musique, a French music festival held in celebration of the summer solstice first arranged in 1982. Over the years, on the 21st of June, a network of over 440 cities around the world have joined in on filling their own local urban streets with live music for one night a year as well.
Make Music Milan welcomes people from all walks of life, both locals and tourists of any age, race and gender to join the big party that is about to unfold in Milan, adding to the abundance of art, music and culture that already exists.
Each musician is the executive director of his or her own performance, allowing the chance to express themselves vocally and musically within the streets of their home city. People will be able to select their favorite artists from a list, who will preform during one of two different timeframes, either from 6pm to 9pm or 9pm to 12pm. A closing party will also be held from midnight to 2am at the Museo Della Scienze e Della Tecnologia on via Olona to end the night of musical prosperity. 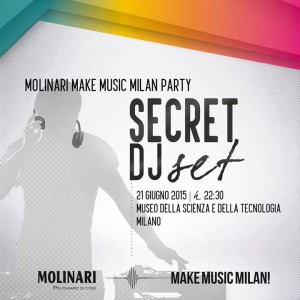