Home Discover Out of Town City of Monza

Located just a few kilometres from Milan, Monza reveals the wealth and pomp of the Royal Villa, surrounded by the lush greenery of its beautiful park. Another surprise element is its alluring historic centre of extraordinary artistic interest


The underground area of the Duomo of Monza hosts a real treasure trove of fabulous items: the crowns of kings and queens and reliquaries studded with precious gems, legendary chalices, ancient scrolls and precious tapestries. A city rich in history and magnificent artworks, whose palaces, churches and squares once served as a stage for the activities of ancient and more modern monarchs, from Lombard queen Theodelinda to Ferdinand, Archduke of Austria, right up to Umberto I king of Italy. Located just 25km from the centre of Milan, for centuries Monza, a rich, vibrant and elegant city, has vied with the nearby metropolis as a protagonist of several of Italy’s most event historical events. The capital of the Lombard kingdom (7th century), known since the very beginning as the “royal city” due to the presence of the diadem of the Iron Crown, from the 18th century onwards it became the chosen summer residence of noblemen and kings.

Origins of Monza: the Duomo


Its origins are attributed to an episode in the life of Theodelinda who wanted to erect a chapel dedicated to St. John the Baptist here in the place on which the beautiful 14th century Duomo, boasting a façade designed by Matteo da Campione, now stands. The cathedral houses innumerable treasures including, first and foremost, the recently restored Zavattari Chapel, featuring one of the greatest masterpieces of international Gothic painting: a cycle of stunning 15th-century frescoes embellished by gold and silver leaf decorations portraying the life of Theodelinda, whose tomb can also be found here. The Iron Crown, a famous masterpiece of ancient goldsmithery, used for the coronations of kings and emperors, including Carlo Magno, Federico Barbarossa, Charles V, Napoleon Bonaparte and Ferdinand of Austria, is preserved on the altar of the chapel. Lying adjacent to (and below) the Duomo we find the Museum and Treasure of the Duomo of Monza, which houses one of the most unique collections in the world not only on account of the rarity and value of the materials employed but also due to the historic value of the objects displayed.


The old town of Monza boasts a number of beautiful buildings including, for example, the 14th-century churches of Pietro Martire and Santa Maria in Strada, or the former House of the Humiliati Friars now home to the Musei Civici, hosting a brand new rich collection of ancient and contemporary art. Another noteworthy landmark destination is the Arengario, the old Town Hall (13th century ), from whose square all the main roads of the pedestrian area, packed with elegant boutiques, jewellery stores and local cafés, branch out.
But while the city’s ancient history is concentrated here, the magnificent Villa Reale places the spotlight on events related to Monza’s more recent history.


The Villa Reale di Monza is a fine example of neoclassical style architecture, while its sprawling lush English landscape park is one of the largest enclosed parks in Europe.
The palace was originally built by Giuseppe Piermarini for the Archduke Ferdinand of Austria, but in 1861 it became the residence of the Royal House of Savoy, which ruled unified Italy for 85 years.
The complex re-opened its gates to the public in September 2014 after a restoration process lasted two years and today it hosts some of the Triennale di Milano’s must-visit art exhibitions

Estrojenio, organic and vegan haircare in Monza
A suggestion by journalist and blogger Davide Mura. 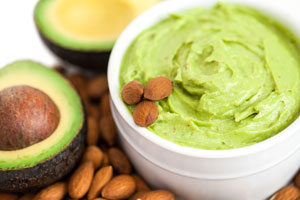 Estrojenio in Monza has launched a 100% natural hair therapy consisting of an organic & vegan hair mask made on the spot with fresh vegetables and fruits, honey and lemon. This natural mask strengthens your hair during the cold season. Estrojenio – Parrucchieri in Monza, via Carlo Alberto 24, Monza – ph. 039 2911138.

Find other suggestions by Davide Mura
in our SPA section
or in his official page www.wellnessoggi.com

A map of these venues followsDue to its physical appearance, Lake Iseo is affectionately referred to by the locals as ‘Little Capri’. Like the...
Read more
Out of Town

Visitors to Milan who are looking for a one-day or weekend getaway from the hustle and bustle of the city can enjoy an out...
Read more
Out of Town

Christmas in Lugano [70Km from Milan]

Just 70 kilometres from Milan, every year from early December to 6 January crossing the boarder to Switzerland, Lugano and its surrounding will surprise...
Read more

Dear Readers,
even in November, The Welcome Magazine Milan has decided to keep providing you with all the necessary information on the city, hoping that we’ll be able to meet you again as soon as possible.