Some people call it "the Sleeping Beauty", because the city just lies there, at the tip of Lombardy, romantic and a little lazy

This town is known for its Renaissance treasures: the magnificent dwellings of the Gonzaga dynasty, frescoed by Andrea Mantegna, Palazzo Te, the Duomo and Piazza delle Erbe. And yet, Mantua is also a vibrant dynamic city, with its countless cultural events, exhibitions and porticoes that shelter pubs, shops, and restaurants offering top-level cuisine. A city well-worth discovering, in 2016 it was proclaimed Italian capital of culture.

What to see in Mantova

To learn about Mantua and its history, at the top of your “must-see” list should be a visit to the magnificent ducal palaces of the Gonzagas, the family that held sway over the city between 1300 and 1600. Among these, worthy of particular note are Palazzo Te (NOTE: closed for restoration works until September 2018), built in 1525 to the specifications of architect Giulio Romano, which hosts the famous fresco of Giants and Grotesques (www.palazzote.it) and the Civic Museum; Palazzo Ducale, the magnificent ducal apartments of the Gonzagas (www.mantovaducale.beniculturali.it); and Palazzo della Ragione with its Clock Tower (NOTE: the clock tower is closed for restoration works until September 2018). Art lovers can admire the collections housed in Casa Mantegna, which hosts more than 400 works by Mantuan artists (www.casadelmantegna.it).

What to eat in Mantua

Mantua is also famed for its cuisine. “Must-try” specialities include bigoli (an extruded pasta in the form of a long, thick tube), culatello, or stracotto d’asino (donkey stew). To savor these in the tranquil setting of one of the inner courtyards of its palaces, we suggest a visit to Osteria Ai Ranari (www.ranari.it). Or if you prefer something a little more sophisticated, one of the more notable restaurants is Grifone Bianco (www.grifonebianco.com) on Mantua’s lovely Piazza delle Erbe. And for those who enjoy the sweeter things in life, don’t leave the city without tasting Mantua’s famed crumbly cake, known in Italy as “Sbrisolona”. The best place to buy one is La Tur dal Sucar (Via S. Longino, 3. T: +39 0376 322320, www.laturdalsucar.it).

What to do in Mantua

In the city, a must-visit destination for car enthusiasts is the Tazio Nuvolari Museum, dedicated to the unforgettable champion described by Ferdinand Porsche as “the greatest driver of the past, present and future”. The Museum (open Sat-Sun 10am-6pm) is set within the beautiful structure of the fifteenth century Church of Carmelino, along the “Percorso del Principe”, the walkway between Palazzo Ducale and Palazzo Te. (www.tazionuvolari.it)
Conversely, for those wishing to head out of the city in search of the natural beauties, you can try various tourist cycle routes, from Curtatone to Castiglione delle Stiviere, from Viadana to Borgoforte.

How to reach Mantua from Milan

By car: Take the A4 Torino-Venezia motorway in the direction of Venezia as far as the A22/E45 exit. Follow the signs towards Brennero/Modena and exit at Mantova Nord.
By train: Trains run daily from Milan’s Stazione Centrale to Mantua (www.trenitalia.com).

Once that you are in Mantua don’t miss to visit Sabbioneta, a small town just 30 km from Mantua, decreed a UNESCO world heritage! 5 reasons to convince you? 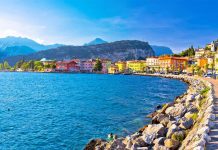 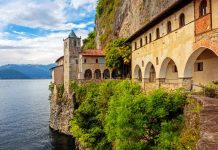 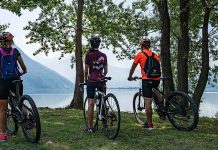