Home Discover Milan Out of Town Turin, Capital of the Piedmont Region

Turin, Capital of the Piedmont Region [145Km from Milan]

Turin, Torino in Italian, is a beautiful city only 145 km (roughly 90 miles) from Milan.
Among the numerous interesting places to visit in Turin: 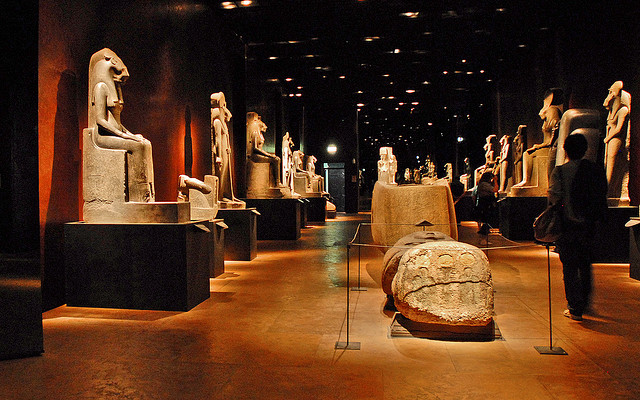 The Museo Egizio in Turin is the second most important Egyptian museum in the world after the one in Cairo and it is slated to become one of the most important attractions in the world. Completely renovated in anticipation of Expo 2015, following three-and-a-half years of in-depth restoration works, the exhibition spaces have been nearly doubled and the new displays show items in chronological order including magnificent installations curated by  Italian set designer  Dante Ferretti.  Spread out over four floors at the historic Palazzo dell’Accademia delle Scienze, the ultra-modern displays cover a period of more than 4,000 years, from the 4th century BC to the 3rd century AD.  The museum hosts more than 30,000 artefacts, from the Paleolithic to the Coptic era. Innovative features include the option of browsing the rooms with tablet or smartphone devices to translate the inscriptions in hieroglyphics in real time

Photo Credits: Jean-Pierre Dalbéra, CC license
Other interesting places in Turin include the Museo Nazionale del Cinema, housed inside the grandiose Mole Antonelliana, the Pinacoteca Agnelli, a splendid private collection displayed in a space designed by Renzo Piano, not to mention its historic buildings, like Palazzo Carignano, hosting the theatre of the same name.

Out of Town: The Palace of Venaria 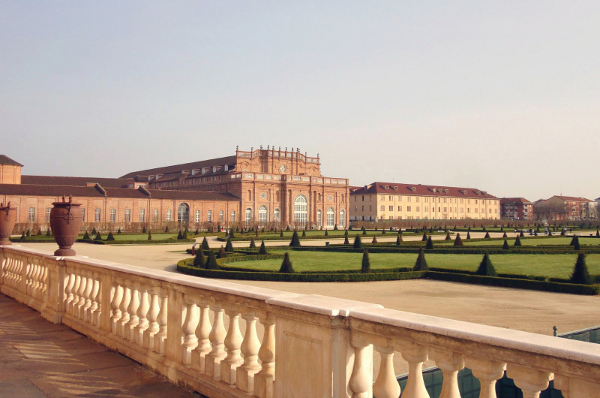 A few kilometres from Turin, the Palace of Venaria is a sumptuous Baroque estate that, each year, attracts thousands of visitors, thanks to its stunning architecture, its breathtaking gardens and its unmissable events.

>> Read more on the Royal Palace of Venaria 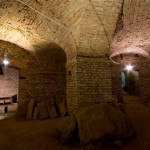 Tour 1 – Underground Turin
Travel across 2000 years of history in just 3 hours. Beneath the hectic and bustling city lies another mysterious and unknown world where time seems to stand still. Discover Turin 15 metres below ground (photo) on this fascinating tour of the city’s underground tunnels and cellars…
Fridays and Saturdays at 08.30 p.m.
Tour 2 – Magic Turin®
You will be led through the “dark” side of the city. As Turin has two souls: one linked to white magic, the other to evil black-magic. You will explore them both during a “magical mystery tour” starting from the darker and more sinister heart of the city, among angels and devils, scary stone monsters and sinister architecture
Thursdays and Saturdays at 09.00 p.m.
Info & res www.somewhere.it
booking@somewhere.it
T: +39 011 6680580
[Top photo: Turin from Monte Cappuccini. Credits: Hpnx9420, CC BY 3.0]

The World’s Largest Labyrinth, a Metaphor for the Human Condition

Just 2 hours from Milan, Lake Garda attracts millions of visitors every year thanks to its mild climate, its old-fashioned atmosphere and its breathtaking...
Read more
Discover Milan

In north-western Lombardy, 55 km north of Milan, close to Malpensa Airport and only a few kilometres from the Swiss border, the town of...
Read more