The European capital of fashion, design and innovation, Milan is a city that never sleeps, offering the very best in entertainment at all hours. The offer is wide and includes both mainstream areas – such as scenic Navigli district with its canals, the bohemian Brera, or the chic district of Garibaldi FS and Corso Como – and new entertainment areas, such the one of Arco della Pace.

Walks through the streets of the city centre in the shadow of the Duomo or its quainter districts. The Navigli, for example, are an absolute must-see for all those visiting Milan: indulge in a pleasant moment of relaxation at one of the countless venues offering live music and an array of specialities.
Alternatively, sample a cocktail at one of the highly sought-after venues offering a great view over the imposing Arco della Pace followed by a pleasant walk through the charming green spaces of nearby Parco Sempione.
Take a breather while soaking up the artsy atmosphere of the historic district of Brera featuring a delightful maze of restaurants and small venues scattered amidst the workshops of artisans and painters. From here you can directly access the most innovative area of the city: Corso Como, with its myriad hangouts to which locals flock each evening to indulge in the unmissable aperitivo ritual, and Porta Nuova with its slew of futuristic buildings. Find out what’s hot and happening by night because Milan is a city that never sleeps! 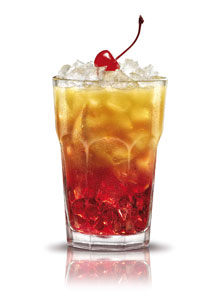 Take a fabulous tour with Zani Viaggi to see Milan when it sparkles… and share its iconic Happy Hour with savvy Milanese locals. In perfect keeping with the most innovative trends, Milan was the first city to spread the ritualistic aperitivo culture. First and foremost, it’s about relaxing after a long day’s work, catching up with friends and colleagues, checking each other out and generally having fun at one of the numerous venues (Brera, Corso Como, Garibaldi, Navigli) scattered throughout the city. The bus tour of the city’s most popular nightlife areas include a break for a “happy hour” experience with one drink free and finger food.
“Milano by Night Tour” by Zani Viaggi – € 50. Every Wednesday, Friday and Sunday until 31 October. Departure by bus at 8am – end of the tour at 11pm.
Bellini Aperitivo: 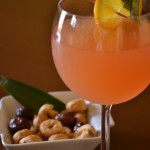 an iconic champagne-based cocktail, the Bellini was invented in 1948 by Giuseppe Cipriani, head bartender of Venice’s famed Harry’s Bar. On account of its reddish tinge, which reminded Cipriani of the colour of a painting by artist Giovanni Bellini, he decided to name the cocktail Bellini. 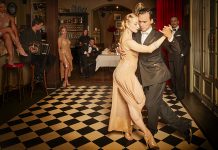 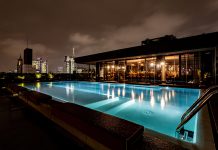 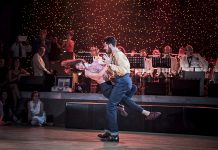