Chinese New Year, or Chinese Spring Festival, always falls between late January and mid-February. In 2016 the new year is from 7 February, 2016 until 28 January 2017, and it is dedicated to the Monkey.

If you want to celebrate Chinese New Year in Milan you should head to Via Paolo Sarpi and its neighborhood, as this area is one of the two widest Chinatowns of Italy (the other is in Prato, Tuscany).

After a preparation period from 31 January until 13 February, the culmination moment is on 14 February, with the Golden Dragon Parade, Chinese lion dance and a final masked parade. It has been confirmed that this year the starting point of the parade is from the end of Via Paolo Sarpi (Piazza Gramsci) at 2pm and celebrations will last until 8 pm.

In the Chinese culture, the fifteenth day of the New Year is celebrated with the Lantern Festival, which marks the traditional end of the Spring Festival. It is still unknown whether on 14 February there will be a Lantern Festival with the release of sky lanterns at the end of the day – in the past it was organized at La Fabbrica del Vapore. 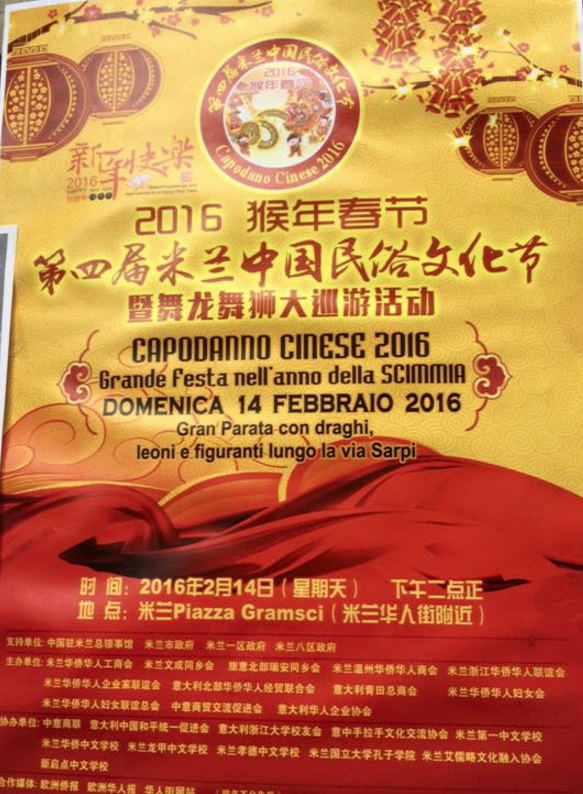