In the aftermath of World War II, two visionaries decided to build a theatre. In 1947, emerging director Giorgio Strehler – who later became one of the world’s most acclaimed 20th-century directors – and Paolo Grassi, an illuminated impresario, established Italy’s first Teatro Stabile with the help of Nina Vinchi, Grassi’s wife, who proved to be an invaluable administrator. Although it was named ‘Piccolo’ (the Italian word for small), the theatre became one of Italy’s premiere theatres and a cultural centre whose aim was to stage top-level performances targeted at the widest audience possible.
Today, the Piccolo manages three venues: the main theatre, opened in 1998, called the Piccolo Teatro Strehler; the experimental space of the Teatro Studio, which also hosts the theatre’s school and the historic headquarters, renamed Piccolo Teatro Grassi which, following renovation work, restored the magnificent Renaissance cloister to the city.
Located just a short distance from the Duomo, its arcades now host several spaces for public use including a bookshop, a meeting space, an exhibition space and a ticket office. The cloister also houses the Piccolo Café & Restaurant.
Dining options include breakfast, lunch (from 12-noon to 2.30pm), an aperitivo (from 6.30pm onwards) or dinner (from 7.30pm onwards). Ticket holders for performances staged on the same evening at any one of the three theatres are entitled to a 20% discount on their meal. 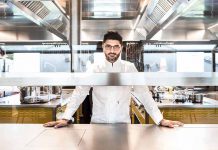 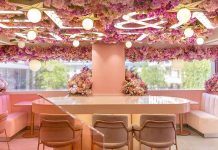 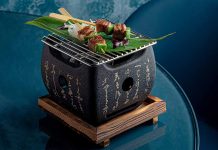