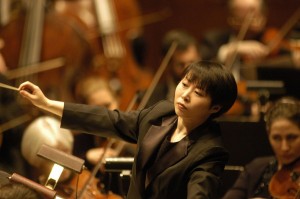 This year marks the 20th anniversary of the death of La Verdi’s founder, Vladimir Delman. Thus, the 2014/2015 season “Nutrire la Mente, nutrire lo Spirito” is dedicated to him, to commemorate him with the same passion and the same desire to make music in keeping with the underlying philosophy of his project.
A unique program: 64 weeks of music, from Baroque to contemporary music, the premiering of several pieces, operas in concert format, jazz, film scores and dance, featuring famous symphonic-choral pieces, magnificent sonatas for violin and piano but also for a number of different instruments (including, for example, the didgeridoo), with masterpieces by Tchaikovsky, Mozart, Mahler… and many others besides!
This year, audiences will have a chance to listen and to appreciate the entire symphonic repertoire of revered Russian composer Pëtr Ilič Tchaikovsky, including his Manfred Symphony (universally known as the ‘Seventh Symphony’), two piano concertos, one violin concerto, his two pieces for cello and orchestra, selections from his best-known ballets, all the overtures associated with the work of Shakespeare and, last but not least, his famous “1812” overture. But not only, the program will also feature Brahms, with the entire cycle of his symphonies and Beethoven. Highlights will also include two festivals dedicated to Mozart and Mahler and an opera which sees a new collaboration with Venice’s La Fenice Teatro for a concert-style performance of Giacomo Puccini’s Madama Butterfly.

On the strength of the experience of three years of successful summer activities, this year will also see a season featuring 18 dates targeted at promoting cultural and musical quality. However, above all, to mark the advent of Expo 2015, 88 concerts have been scheduled to be held from 1 May to 31 October: 58 concerts for the symphonic season, 14 concerts as part of a new series entitled ‘Around the World’ as a tribute to countries participating in Expo, plus 16 special events, including a Concerto for Europe and a Concerto marking the end of Expo.

Win a Concert by Take That With Serravalle...

Shows and Live Performances for Christmas 2016 in...