An understanding of origins, creativity, and an open-minded approach to the world and globalization: all themes inherent in the Mudec museum’s approach to art and concerning the philosophy are here applied by chef Bartolini in the kitchen. 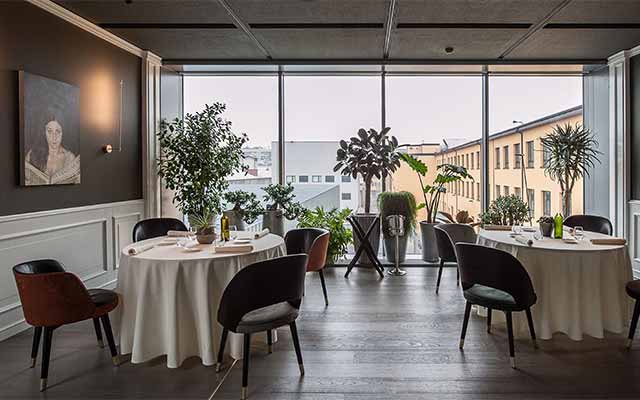 The top floor restaurant of Galleria vittorio Emanuele II is the second new entry in the Michelin Guide. High-quality food and a panoramic view on the Duomo. 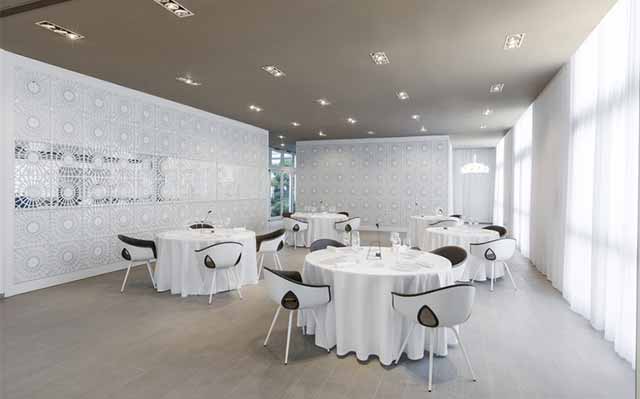 A reference point for Oriental (sushi included!) cuisine in Milan, Iyo owes its fame to its outstanding kitchen staff, helmed by maestro Haruo Ichikawa, chef Lorenzo Lavezzari and owner Claudio Liu. This auspicious creative partnership is the underlying basis of Iyo’s originality and its offerings: sublime, deliciously flavoured dishes exit its spectacular open kitchen to reveal an imposing robatayaki that allows food to be cooked on a tiered grill. Their fish division turns out delicious raw fish platters: timeless classics mingle with more innovative delicacies, a blend of oriental flavours and the best Italian ingredients, to give life to a one-of-a-kind culinary experience. 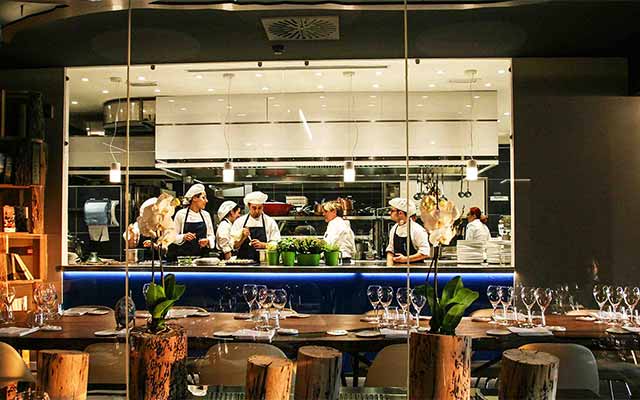 A combination of style, elegance and sophistication, the Armani/Ristorante perfectly mirrors the style that distinguishes all the creations of this world-renowned designer and features contemporary cuisine sided by an accurate wine selection.

Its cuisine revisits the signature dishes of traditional Milanese cuisine updated with a contemporary twist, combining flavours and playing on contrasts. The creativity and sophistication of Carlo Cracco’s cuisine are further enhanced by a superbly stocked wine cellar boasting as many as 2,000 select vintages.

Pietro Leemann is considered the guru of vegetarian food or, according to his own definition, of “natural haute cuisine”. Several of his finest creations include his “uovo apparente” and his “elogio della Sicilia”. The wine list is just as classy as the restaurant.

Aimo and Nadia Moroni are the most famous team of great chefs in the city. Sheer, unadulterated haute cuisine. The specialities for which they are renowned worldwide include spaghetti with spring onions and their veal en croute. Wonderful wine list.

A trip in discovery of the aromas and flavours of Italian cuisine, it is set within an elegant, though intimate ambience where painstaking attention to ingredients is combined with gastronomic experimentation. Its Zen-style garden further heightens the experience, introducing diners to a unique world of unexpected pairings.

This new restaurant named after chef Andrea Berton is located in the futuristic Porta Nuova district. The ultra-modern aspects of its contest, mirror the foundations of his minimalist, elegant cuisine featuring instantly recognizable, prime ingredients where the creative choice focuses on the evolution rather than the uprooting of tradition.

The restaurant by Chef Claudio Sadler, specialized in modern Italian cuisine, has lots of secluded dining rooms where you can enjoy a romantic dinner for two or a special evening with friends. His menus are never the same.

Executive Chef Antonio Guida brings a stunning contemporary touch to the menu. Renowned for his use of colourful and inspiring ingredients, his dishes are celebrated equally for their impeccable taste and exquisite presentation (see the main picture).

Supreme quality, creativity and lightness are the highlights of the dishes featured on its menu thanks to the exclusive use of extra virgin olive oil both in its cooked and raw versions. Its extensive wine list boasts more than 450 labels, including rare and often unknown vintages.

Address: Via Villoresi, 16 corner of via Pastorelli

A perfect meld between tradition and creativity and a combination between Italian and Japanese cuisine are the signature features of Yoji Tokuyoshi’s cuisine. The different menus are sided by top quality wine selections and traditional sakès.

The restaurant at Milan’s Park Hyatt hotel carries the signature of starred chef Andrea Aprea – a sophisticated gastronomic experience that will surprise diners on account of its seasonal classics upgraded with an inventive twist.