Milan is a foot-friendly city, the whole center can be crossed in a couple of hours stopping everywhere for shopping, sightseeing and to enjoy the views.
Here is Where Milan’s list of the most charming pedestrianized districts in Milan, are you ready to walk? 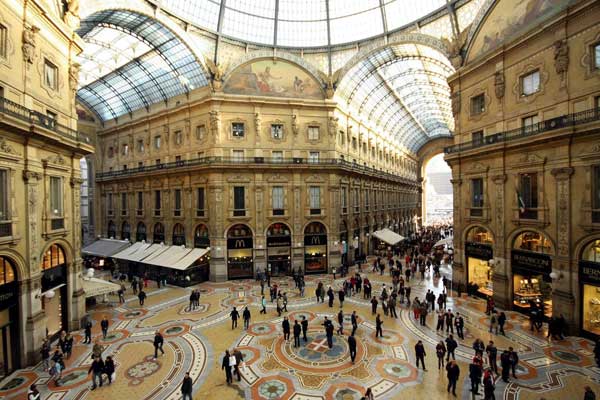 Depending on the time of the day in this area, mostly pedestrianized, you will either encounter hordes of tourists, hurried office workers, foreigners from all parts of the globe or the Milanese either on their way to the theatre or to one of the area’s numerous museums or nearby attractions, including: Galleria Vittorio Emanuele II, the Duomo, Teatro alla Scala, Gallerie d’Italia, Palazzo Reale, Grande Museo del Duomo, Palazzo della Ragione, Piazza Mercanti and the Museo del ‘900.

Two key reference points designed to help tourists discover all that the city has to offer are InfoMilano and the Urban Center. 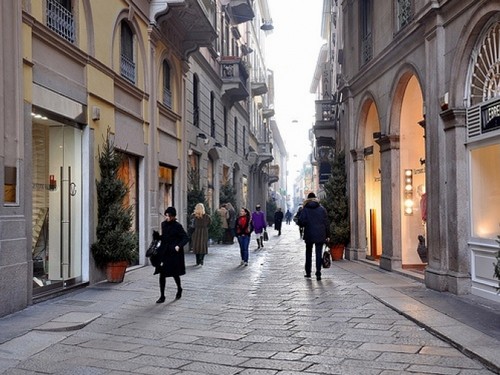 Wherever you look you’ll find luxury fashion boutiques and also hidden gems of architecture. In particular, Milan’s Fashion Quad sits amidst four of Milan’s most expensive and prestigious shopping streets, namely via Montenapoleone, via Manzoni, via della Spiga and corso Venezia. This is where all the most important fashion designers of international repute offer their luxurious creations. 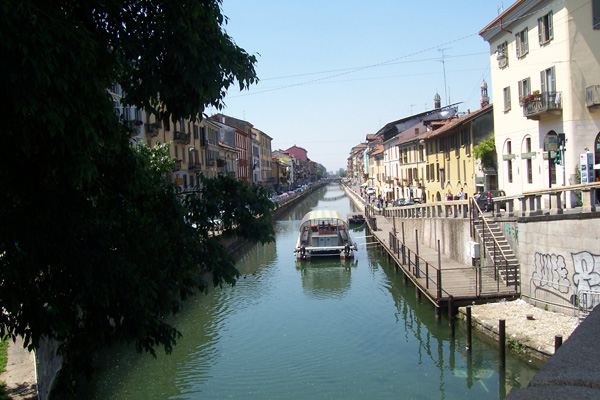 If you’re in search of a larger expanse of water, however, remember that Milan, in the absence of a sea, consoles itself with its beloved Navigli. You can once again start taking boat trips (leaving at all times) along them. As an alternative, this is the right season to hire a bicycle and ride along the paths flanking the Navigli; they lead to the countryside where you can lose yourselves amidst lush green surroundings (boat trip departures and cycling itineraries can be found on www.naviglilombardi.it or Zani Viaggi).

>> Read more on this district 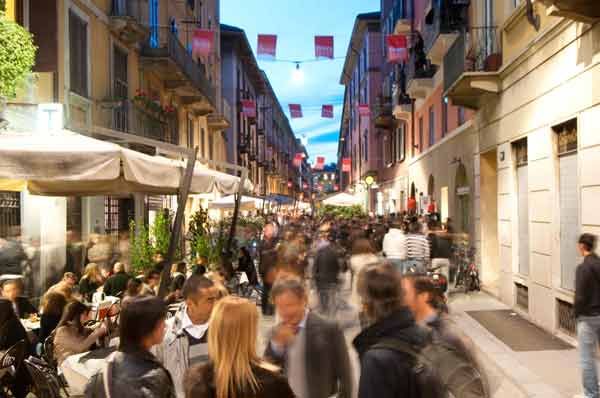 Home to the Academy of Fine Arts since 1776, the Brera District is an artsy neighborhood characterized by picturesque cobbled and narrow streets. In addition to several churches, this district is also home to a number of antique shops and interesting galleries like Milan’s impressive and famous painting collection at the Pinacoteca (the Brera Picture Gallery). The district also contains the historic Biblioteca Nazionale Braidense (Braidense National Library), Museo Astronomico (Astronomical Museum), which is the oldest scientific research institute in the city, and the Giardino Botanico (Botanical Gardens), an evocative green space located in the heart of the city. A strong cultural life flows through Brera’s veins as it is the origin of a vivid nightlife complete with sleepless pubs, astonishing window displays and quaint fortune tellers.

>> Read more on this district 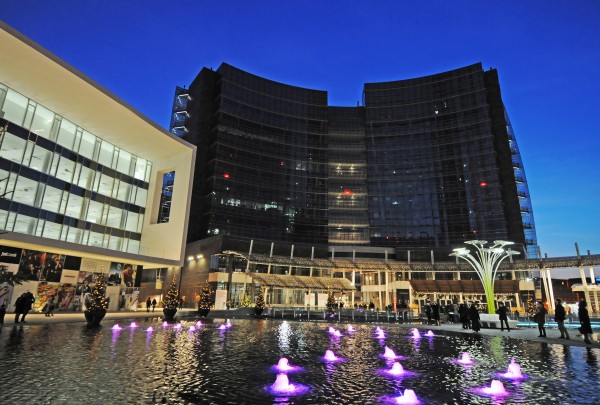 Corso Como is the trendy pedestrian area situated between piazza Gae Aulenti (Stazione Garibaldi FS) and Piazza XXV Aprile has a great daytime vibe with a fab offering of boutiques, restaurants, pizzerias and snack bars. Worth particular note are the Galleria Carla Sozzani, a book store stocking publications on art, architecture, design, fashion and photography, upmarket boutiques, a cafe and a restaurant.
Piazza Gae Aulenti, the “heart” of Porta Nuova, is a new exclusive space and one of Lombardy’s latest and most innovative economic and business hubs, boasting the highest skyscraper in Italy, the Unicredit Tower.
Extending northwards towards Milan’s Stazione Garibaldi, together with Porta Nuova, Milan’s new bohemian district Isola not only represents one of Italy’s most significant urban redevelopment projects but is also gradually becoming a magnet for young creatives and those in search of cool entertainment in the city.

Highline Galleria: Walking across the Rooftops of Galleria...

Best Locations to Ski Around Milan