Milan in the Heart of Music: Interview to Riccardo Chailly, Conductor of the Verdy Symphonic Orchestra of Milan

Maestro Riccardo Chailly, who will conduct the Giuseppe Verdi Symphonic Orchestra of Milan in Mahler’s “Symphony of a Thousand” on 21 and 23 November 2013, talks to us in an exclusive interview about his Milan and his personal take on music. 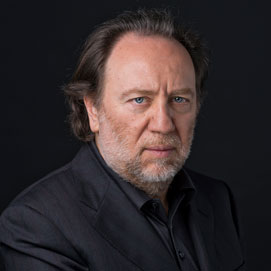 Riccardo Chailly was born in Milan. After completing his studies, he began travelling throughout the world conducting several of the most important international symphonic orchestras including the Rundfunk-Sinfonieorchester in Berlin and the London Philharmonic Orchestra.
From 1999 to 2005 he served as music director of the Giuseppe Verdi Symphonic Orchestra of Milan, subsequently being nominated its honorary director. He is currently chief conductor of the Gewandhaus as well as music director of the Leipzig Opera. In 2002 he accompanied the Verdi Orchestra on its first European tour to France, Spain, Portugal and Switzerland and later on to Japan and Brussels, receiving plaudits from critics and audiences alike. Throughout his long career he has been honoured with numerous awards and tributes including the title of Grand Officer of the Republic of Italy, Knight of the Order of the Dutch Lion and Knight of the Grand Cross of the Republic of Italy. Furthermore, in 2003 he received the prestigious Antonio Feltrinelli Award from the Accademia Nazionale dei Lincei in Rome, for his outstanding work with the Verdi Orchestra. Since January 2015 he is the principal conductor of Teatro alla Scala
Where Milan: After a long absence, you’re now back in town to conduct the Giuseppe Verdi Symphonic Orchestra of Milan in Mahler’s “Symphony of a Thousand”. What feelings do you have?
Maestro Riccardo Chailly: This masterpiece by Mahler, possibly one of his greatest feats as a composer and conductor, is one of my favourite symphonies. As far as I’m concerned, returning to conduct this symphony is an epoch-making, unrepeatable “excursus into the world of music“, especially as it marks the 20th anniversary of the Verdi foundation (the last time was in 1986). It’s significant that we are able to offer the public at large an event of this nature, with a score that the Orchestra has never played before, involving as many as 500 elements on stage. Not only an important milestone for a musician but also an important location, i.e. MiCo-Milano Congressi (the largest Conference Centre in Europe, editor’s note), an unusual venue in the heart of the city designed to accommodate up to 6000 people: in short, a truly unique event!
WM: Tell us about your personal relationship with Milan and what you think about the numerous changes taking place as the city gets ready to host Expo 2015?
MRC: I was born in Milan and I have always had an excellent relationship with the city, even though my work has involved extensive travel. I am excited about all the changes taking place as the city gets ready to host Expo 2015: a window onto the world, in which culture must play a key role. This will enable Milan with its strong cultural tradition to gain exposure on an international level.
WM: What are your thoughts regarding the relationship between Milan and music?
MRC: Since the very beginning, Milan has placed particular emphasis on music. It has a longstanding tradition and offers a plethora of high-quality musical and theatrical performances. I therefore hope that the Italian scene will continue to thrive, and not just survive, especially at a time like this.
WM: During your career you have received a number of prestigious awards and tributes. Did any one in particular leave an indelible mark?
MRC: Awards often come as a surprise, but it’s really a question of a fleeting moment and then life carries on. What remains inside is what binds a musician to a particular emotion. I remember for example when, as a young man, I conducted Mahler’s 8th Symphony for the first time at the former PalaTrussardi, an experience that, even today, continues to move me deeply.

Designer Antonio Arico': from PoliMI to the World

Best Western Plus Hotel Galles: In the Heart...

Giuseppe Aquila Explains The Art of Writing According...

Annalisa Zanni Talks About the History and Innovations...