Top Tips
What to do in Milan: February 2020
The Best Spots for Co-Working in Milan
A Guide to Sales in Italy: Best Deals,...
The Best Places for a Quick Gym Session...
The Best Locations for Dinner and Dance in...
Michelin-Starred Restaurants in Milan 2020
Where to Eat Risotto alla Milanese in Milan
Food and Culture, Museums with Restaurant in Milan
Shop and Eat: the Best All-in-one Spots in...
Outdoor Happy Hour in Milan
Highlights

For one night, Milan will once again be the capital of world football. The San Siro Stadium will host the UEFA Champions League final to crown the best European team, between Real Madrid and Atlético de Madrid. It will be the fourth time that the European Cup has been decided at the stadium after 1965, 1970 and 2001. 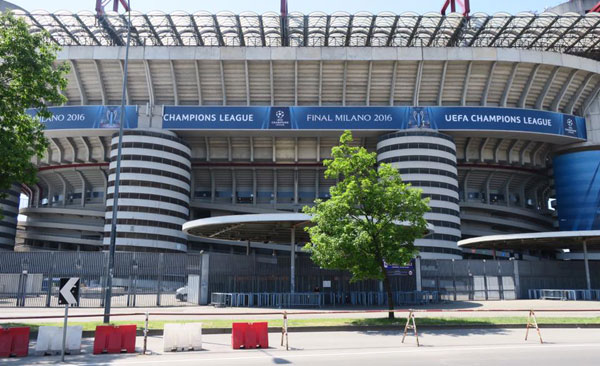 Named after the famous Milanese footballer Giuseppe Meazza, the San Siro Stadium is the largest stadium in Italy and the third in Europe.

The Stadium, first opened in 1926, is home to two of the world’s most legendary teams, namely Inter Milan and AC Milan. In 1965, Inter Milan won the first European Cup final to be held at the stadium against Benfica. To mark the event and thanks to recent renovations, the Meazza Stadium will most definitely be suitably ‘dressed’ for the occasion.
Unmissable: between the 26 and 29 May, the official UEFA Champions Festival will be held between Piazza Duomo and Castello Sforzesco. The festival envisions numerous day and nighttime football-themed activities for families and fans alike, including competitions, meetings with past tournament winners, matches starring football legends, a UEFA Museum of Champions featuring memorabilia and videos from past tournaments, coaching courses for kids and concerts.
For the occasion, Adidas has designed the special ball Finale Milano, to be used during all final matches, while an official UEFA Champions League App will guide football fans through the entire event.
Unfortunately, the UEFA Champions Festival (M1, red line – M3, yellow line Duomo) WILL NOT OFFER a widescreen for public viewing, but only a full series of themed events lasting over 4 days. >> Learn more on UEFA Champions Festival
[divider style=”tiny”][/divider]

Widescreens Displaying the Match in Milan:

LATEST NEWS (26 MAY) On the occasion of the final match of UEFA Champions League, Milan’s Municipality is not offering any public screenings of the Final match, for safety reasons. However, those who didn’t succeed in buying the tickets for the match can join the final and support their favourite team in private pubs, cafes, restaurant surrounded by entertainment and a joyful atmosphere.
Widescreens placed in the fan zones will not show the match, but only images and videos of the 2 teams. CENTRALE FS: Milan’s main train station (M2 and M3, yellow and green lines, Centrale FS) will welcome fans of Atlético de Madrid, while fans of Real Madrid will have their fan zone in the underground stop of PAGANO (M1, red line, Pagano).

Private Locations Showing the Match in the City Center 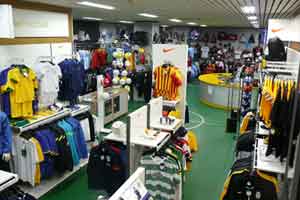 Calciomondiale is also Adidas retail store: here you will find the official match ball featured as main picture of this article

Calcio Mondiale offers football players and the most demanding supporters the right spot to find a rich selection of the latest official merchandising from Italian and international clubs.
Official jerseys, shoes, match balls, accessories and gadgets from Adidas, Nike, Puma, Lotto, Kappa, Diadora and many other brands are just part of the offer, as the store also provides the chance of custumising garments with numbers and letters.
Via Giulio Cesare Procaccini, 32
M5 (purple line) Gerusalemme
T: +39 02 349 0306
www.calciomondiale.com
Advertisement[/alert_box]
uefa
0 comment
0
FacebookTwitterGoogle +Pinterest