Rumour has it that, for a super-secret Milanese stay, this was the address chosen by none other than Brad Pitt. The eclectic Brad, known for his passion for architecture, is said to have preferred the originality of nhow Milano to the full-blown luxury of the city’s most opulent 5-stars: and, according to hearsay, he was totally awed by the style of his suite, a triumph of light and white spread out over 280 square metres of an American-style loft. The suite, basic and minimalist, though embellished by design pieces including a Flos lamp, an Edra meditation chair and a fabulous Dilmos table (one of the only six pieces in the world), is the hidden heart – but not for everyone – of a design hotel whose every inch of space is a surprise. 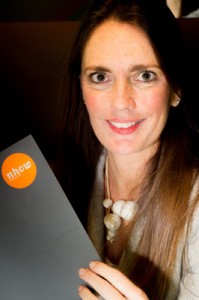 nhow is one of the brands of the NH Hotel Group, but it is also an entity unto itself: at the moment, there are only three of them throughout the world and each one has its own distinctive personality. One is in Berlin, in the music district. One is in Rotterdam, conveniently located in an area known as ‘Manhattan on the River Maas’ and the third one, the progenitor, is in Milan, in the Tortona area, the first real design district in the city, a hub for events and exhibits during Milan’s annual furniture fair but also a magnet for the city’s creative set during the rest of the year.
Here, an old warehouse formerly owned by General Electric was stylishly renovated and transformed into a totally unconventional new hotel described by its manager Dolores de Bethencourt as a ‘box of ever-changing experiences’. A native of the Canary Islands, Dolores epitomizes everything that the nhow Milano stands for and is justly proud of her achievement. She is highly professional, easy-going, dynamic and, what’s more, blessed with oodles of charm.
[slideshow_deploy id=’31144′] 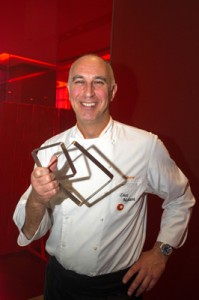 “This is not simply an hotel but a vital, beating heart, a place of creativity”, the manager enthuses. Here we all try to be creative, each one of us fulfilling a separate role. Myself, in looking for managerial solutions, our barman Alessandro when concocting a cocktail, our chef Luca Molteni when composing a dish and our young hospitality staff when handling guest requests. And then, naturally, there’s Elisabetta”. 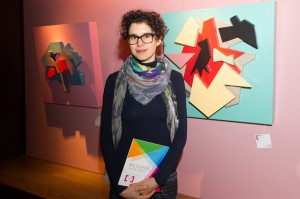 Elisabetta Scantamburlo is the brainchild behind everything that involves art and design: she is the art director of nhow Milano, the person who is responsible for revamping the interior design of the hotel every few months. Because this is the hallmark feature of the hotel: apart from a few fixed elements, all the public areas are periodically redecorated with themed exhibitions. The lobby, the corridors, the lift area, the rooms and the foyers: everything is animated with original design pieces, in a series of rotating exhibitions, also serving as a fantastic permanent design market. In fact, all the objects come with a price tag, because everything is on sale, everything moves, everything can be passed from hand to hand, with the typical dynamism of ideas rather than objects.
“At least 10 artists and 10 designers display their works at a time”, explains nhow’s art director Elisabetta who has developed her studies on Japanese culture in an aesthetic sense in an ongoing search for balance among contrasts. “We try to offer as many themes as possible in order to interpret them in the most diverse expressive forms possible. And we deliberately mix well-known names with emerging talents, in a cocktail that generally gratifies both parties.”
“This powerful concept makes nhow Milano a truly unique hotel and a highly sought-after location for all types of events.”, says Dolores de Bethencourt. “At the hotel, we stage fashion shows and shoot videoclips and commercials, we do photographic shoots with models and we launch new products on the market. During the height of the Fuorisalone, more than five thousand people pass through our lobby each day, attracted by the events on offer, invited to attend lunches and dinners or simply drawn by our exhibition spaces.”
[slideshow_deploy id=’31946′]

Nhow’s slogan, “elevate your stay”, immediately denotes how the hotel’s objective is to offer an experience. “What we attempt to do here is surprise guests”, explains the manager. “What we offer is not formality but real customer care: it’s not luxury, but something more authentic and contemporary: it’s style.”
A formula that also appeals to celebrities: officially, ’32 super-names’ have slept in its suite. In addition to the aforementioned Mr. Pitt, rumour has it that A-listers of the calibre of Rihanna, Edward Norton and hotel heiress Paris Hilton have also stayed here.
The hotel features as many as 246 rooms, a significant number for a design hotel. And these too are based on a play of contrasts: from the somewhat evocative, almost dramatic darkness of its corridors to its light, luminous, minimalist, almost sparsely furnished rooms.
[slideshow_deploy id=’31958′]
In addition to fashion and design, another standout of Italian lifestyle, namely food, is also featured at the nhow Milano. Executive chef Luca Molteni explains that “originality in the kitchen should be dosed because, in the end people like eating things that are recognizable and not overly elaborate”, but this does not stop him from adding a creative twist to his cuisine. An example? Unable to find a perfect mould for the hamburgers that he had in mind, he had one designed and created ad hoc by a metalworker. In the end, it’s all simply a question of style.

Although its position in the heart of the business district makes it a go-to destination for business travelers, the Hilton Milan is also a...
Read more
Hotel

The world of communications and events has been revolutionized. Even the simplest meetings often require some sort of attention-grabbing gimmick that will get and...
Read more

Dear Readers,
even in January, Where Milan has decided to keep providing you with all the necessary information on the city, hoping that we’ll be able to meet you again as soon as possible.