Coffee Essentials | How to Drink Coffee Like a Local

There’s something very peculiar to Italian culture: coffee. You just can’t go around and not be aware of some coffee rules when in Italy. Italians drink coffee in the morning, during the day and at night. Basically always. However, they do have some strict rules. We want to help you get out of the coffee maze. The keyword is “caffè”, the Italian term for coffee; then there’s cappuccino, macchiato, ristretto, doppio, caffelatte, marocchino. Avoid risking to be immediately spotted as a tourist and read our coffee essentials.
IMPORTANT NOTE: Coffees are usually drunk at “bar”, Italian coffee shops. Part of the real coffee experience is the atmosphere of these places. From fancy to simple ones, bars are a crucial part of an Italian’s life. Explore which are the best ones in town and head there.
VERY IMPORTANT NOTE: Italians usually drink coffee standing at the bar counter. The whole action takes not more than 2 minutes. Then they pay and leave. However, feel free to sit at a table and enjoy your coffee. It is widely tolerated and done also by locals! Milan also offers a wide choice of cafeterias where you can plug in your laptop and work with free wifi.
VERY VERY IMPORTANT NOTE: The more you drink coffee without adding sugar the more you will look like a local. Truth is that sugar is widely tolerated and used also by Italians. However, tradition wants coffee drinks to be drunk without sugar.
DANGER: Never order a coffee at the same time of your meal. Italians only drink coffee alone or with a croissant for breakfast. Beside this occasion, you should only drink it AFTER lunch and dinner or as a break during the day. Avoid shocking things such as ordering a dish of pasta WITH an espresso or, even worse, with a cappuccino! This will give the goose-bumps to the waiter.

An espresso is the cup of coffee par excellence for Italians; that’s why you would order a “caffè normale” at the counter.  It consists of a small quantity of coffee (a single shot) brewed by expressing a small amount of boiling water under pressure through coffee beans. It comes served with a light brownish foam on top and poured in a very small cup. Tradition asks for no sugar. However, adding a small tablespoon of sugar is widely tolerated. The home country of espresso: Naples.
WHEN: 24hrs 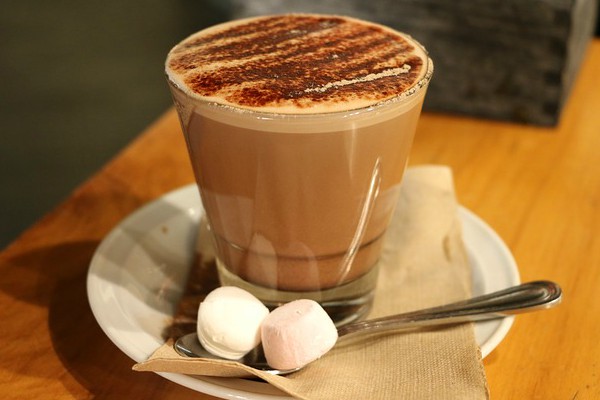 A marocchino is a shot of espresso with cocoa powder and milk foam. It comes from the Piedmont region and its name and ingredients vary according to regions and cities. It comes in a small glass (preferably transparent in order to see the different layers of milk, coffee, chocolate, and foam) and it is sometimes conceived as a sweet treat to consume during the day. The name comes from the word “Morocco” because its brown color hints to a type of brown leather used in the XXth century.
WHEN: 24hrs 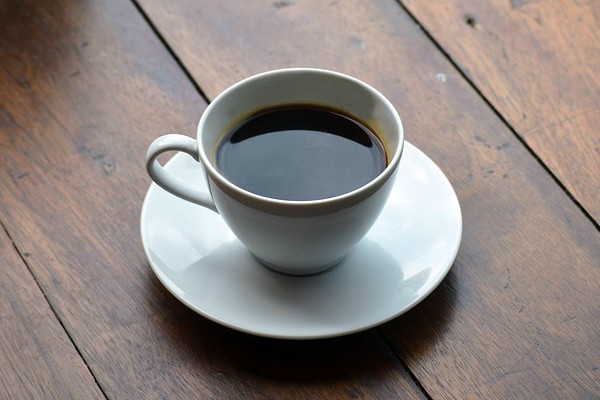 An americano or “caffè americano” is a coffee prepared with an espresso shot and a big amount of hot water to give the idea of traditionally brewed coffee. It comes in a large cup and it is usually drunk for breakfast, during the morning or in the afternoon. Legend says that the name came after the American soldiers who used to add water to espresso during World War 2. It is probably also the less common coffee drink in the country (more popular among the younger generations). We apologise to our American readers if they weren’t able to find a proper American coffee. In that case, just head to Arnold’s Coffee or California Bakery and you’ll be sure to find what you were looking for.
WHEN. From 6am to 5pm. Usually people do not order it after lunch or dinner. 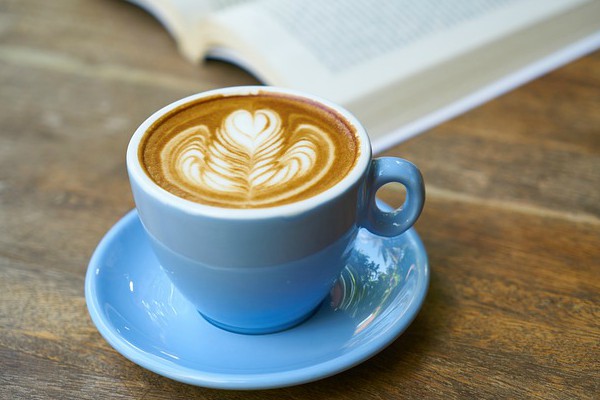 Here comes the most popular coffee drink in the world. A cappuccino is a double espresso with steamed milk foam on the top. It comes in a large mug (please note that a cappuccino is smaller than a caffelatte) and it is usually flavoured with a sprinkle of cinnamon or chocolate powder. The name comes from the “cappuccini friars” a religious order who wore uniforms with brown and white colours. Italians drink cappuccino for breakfast (rarely in the afternoon) and they usually accompany it with a croissant.
WHEN: From 6am to 10,30am circa. DO NOT order a cappuccino with your lunch or dinner. This will shock locals! 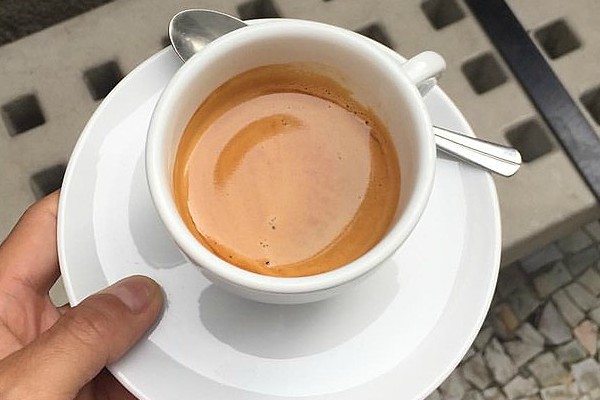 A double espresso is the opposite of a “ristretto”. It consists of a double shot of espresso in a single cup and it is served in a small cup. Sugar it’s not a must, but totally tolerated as for every kind of coffee.
WHEN: 24hrs

Most of the people are mistaken between a caffelatte and a cappuccino. Fair enough, they do look and taste pretty similar. But, if you are Italian or you are getting closer to Italian culture by reading this article, the difference becomes very clear. Proportions in the ingredients between coffee and milk are the same of a cappuccino, basically a shot of espresso with milk, but there is no foam this time. This might not sound crucial to foreigners, but it does to Italians. It is served in a large mug or in a big glass. Since locals drink it only in the morning for breakfast the word caffelatte became a synonym for “breakfast”. Feel free to add a croissant.
WHEN: From 6 am to 10,30am. 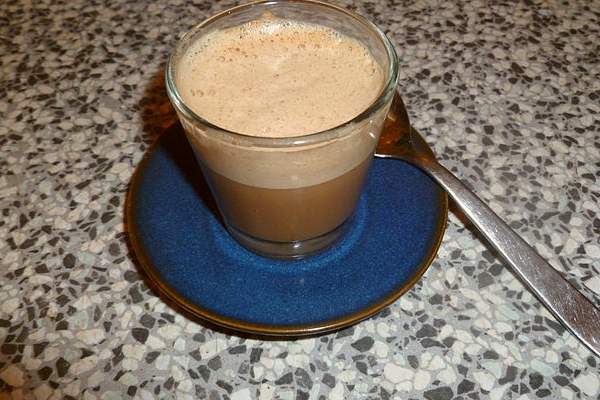 Ginseng coffee is the exotic option for coffees. It started to get more popular in the 2000s, especially in Italy. It comes from Asia (Malasia, Thailand, and Singapore) and it is lighter than normal coffee due to the presence of ingredients such as milk, sugar, and ginseng.
WHEN: 24hrs 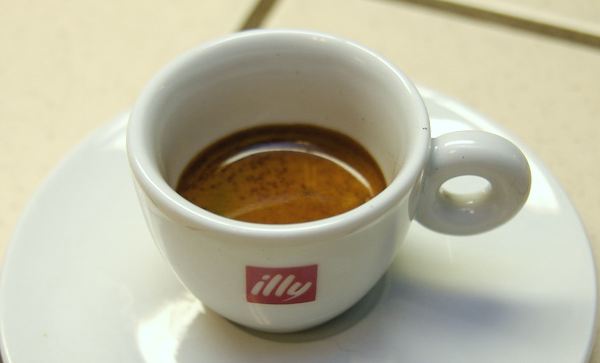 A ristretto is a short shot of espresso  (a super shot) coffee made with the same amount of coffee beans but with half the amount of water usually used. The concentrated liquid is thus called ristretto (literally “restricted”). It is the toughest way of drinking an espresso: short, dark, with a strong taste, and no sugar. It comes in a small cup.
WHEN: 24hrs 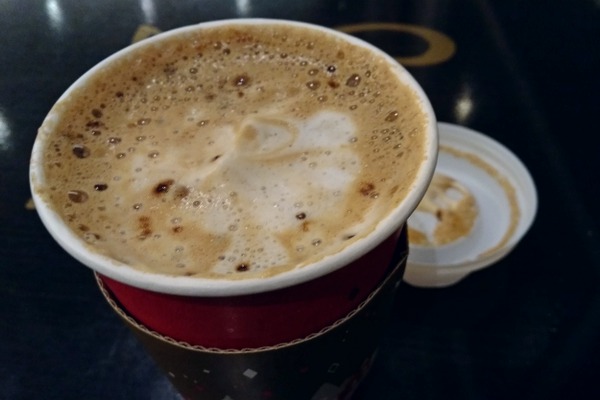 Caffè d’orzo is a type of coffee drink, namely a barley coffee. It consists of an espresso brewed from caffeine-free roasted barley grains. It is lighter in colour and healthier than other caffeine-rich coffees. It comes either in a small cup or a medium one.
WHEN: 24hrs 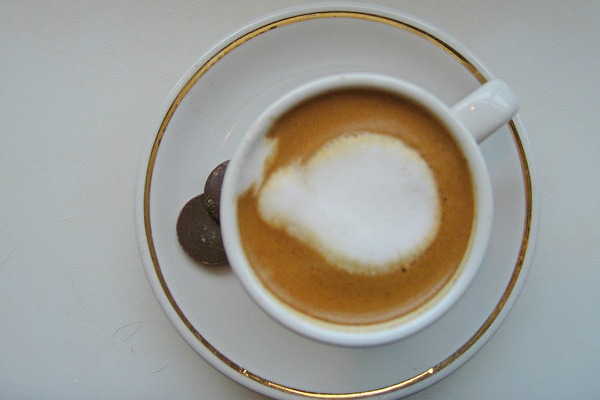 Sometimes called espresso macchiato, a macchiato belongs to the espresso family. It consists of an espresso coffee with a small amount of foamed milk on top (macchiato is the Italian word for “stained”). You can either ask for a “macchiato caldo” (hot foamed milk) or a “macchiato freddo” (cold milk drop). It comes in a small cup.
WHEN: 24hrs

10. Fortune Telling Based on Coffee Grounds 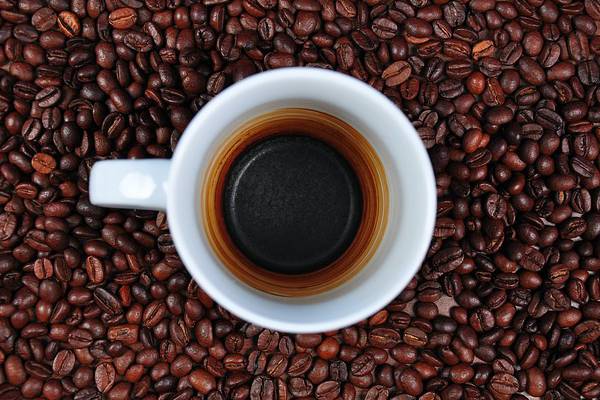 It is officially called tasseography and it is a form of divination that comes from the Middle East, especially from Turkey. Some old Italian women are believed to know how to interpret the coffee grounds left in empty cups and tell about your future or your fortune.

11. Other Interesting Facts About Coffee Culture

Now you’re definitely all set to venture into the Milanese coffee maze, feeling confident while ordering your cup of coffee. Yet, there are some more interesting facts about coffee in Milan. As some may know, Milan is the melting pot city of Italy. Italians from every region have moved here during the decades. This phenomenon resulted in an amazing mix of cultures, from the very south, to the islands, and the Alps. The same process applied to coffee traditions, bringing the most famous ones into the city. Even though Milan is famous for its fine cuisine, it is said that the Neapolitan coffee is the best one in the world (caffè napoletano). There are many Neapolitan coffee shops in the city where you can stop and taste this delicious variation of coffee (espresso is always served with a small glass of sparkling water on the side). Another famous variations is the Leccese coffee (caffè leccese) which consists of coffee, ice, and almond milk. Last but not least, you might want to learn a very charming Italian tradition, that of the “caffè sospeso” (namely the “hanging coffee”): people would pay for an extra coffee at the counter so that those who cannot afford it can ask for an already paid one. Since Milan has a very intellectual background, this tradition also applied to theatre shows. The result is that you might find a “hanging theatre” ticket somewhere.

Elena is a travel journalist and a photographer experimenting with video and documentary-making. She has reported extensively from Italy, France, United Kingdom, Asia, and the U.S, covering travel news and reportage stories for National Geographic, Italian daily Corriere della Sera, Latitudes Life, The Travel Magazine, and others. She contributes to Where for the Milan's and Venice's issues and she is in charge of the Events in Italy sections. Her work can be seen at elenabrunello.wordpress.com.

The World of Illy in Milan

Cova Re-Open its Historical Store in Montenapoleone on...

Starbucks to Open Its First Italian Store in...