A tour of Milanese museums to discover the masterpieces that were recently restored to coincide with the exhibition “Beauty Regained. Caravaggio, Rubens, Perugino, Lotto, and 140 other restored masterpieces” at the Gallerie d’Italia – Piazza Scala, Intesa Sanpaolo’s museum and cultural hub in Milan. Milan receives back 6 recently restored works of architecture and design and invites the visitors to the city to discover their beauty. Every work of art be visible until 17 July 2016, while after that date many works will still be visible anytime and others will be relocated.

The house of one of the most important Italian (and Milanese) writers (see it in the featured image) re-opened its doors featuring a freshly restored appearance and with a new museum path.
From 1813 until his death, for sixty years Alessandro Manzoni lived in the house in via Morone which was recently restored and re-opened to the public. Its façade, decorated in terracotta, is the result of an in-depth restructuring project curated by the architect Andrea Boni in Neo-Renaissance, Lombardy style. The façade of Manzoni’s house illuminates piazza Belgiojoso. It heralds the new light that the figure of Alessandro Manzoni will shed upon his Milan, and Italian and European culture. 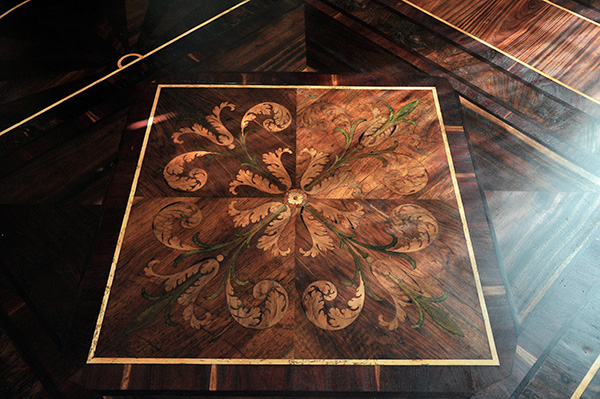 The renovation of a series of flooring created under the supervision of renowned cabinet maker Maggiolini, covering a surface area of roughly 350 square metres, is an additional stage in the rediscovery and recognition of the neo-classical rooms of Villa Reale. The decoration of the parquet flooring, featuring floral and geometric motif, is similar to that of the nearby ballroom. These wooden floors were covered with carpeting when, in the Eighties, the rooms housed the section dedicated to Marino Marini.

The wood flooring is located at GAM – Modern Art Gallery

3. Towers of the Circus and of the Roman Walls 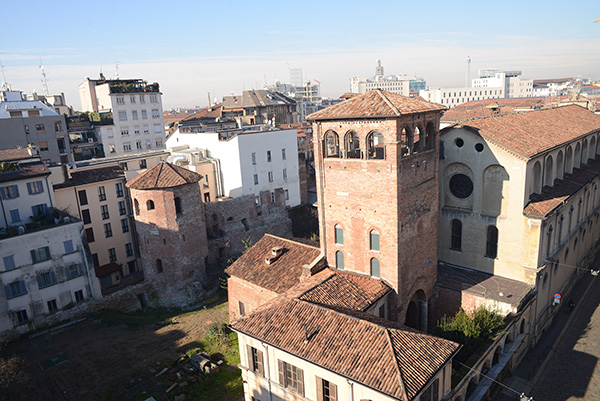 The new itinerary of the Archaeological Museum in the area between corso Magenta and Via Nirone now also allows the public to visit the interior of two remarkable towers (preserved as far as the roof) dating back to the time of ancient Mediolanum. Built during the same period and at a short distance one from the other, the two towers differ in terms of structure and function. The massive square tower was a part of the city’s wall, while the polygonal one belonged to the great Circus, the sports facility connected to the imperial palace.

The towers are visible at the Archaelogical Museum

4. Chalk Model of the Pantheon 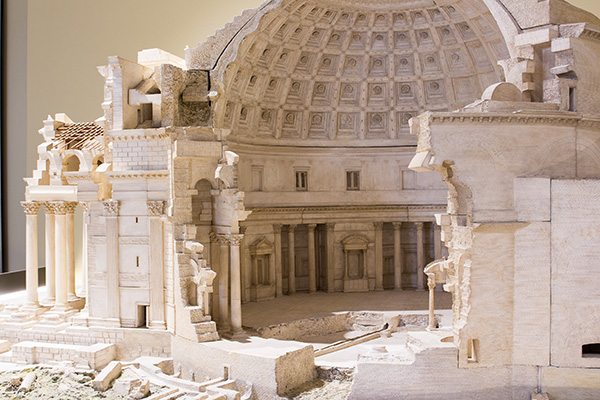 The large architectural model in chalk was built by French architect Georges Chedanne for his final exam at the French Academy of Villa Medici in Rome. It consists of more than 70 interlocking pieces on a base consisting of a single block. Of inestimable value due to its size (it measures 3 metres in length and 2.25 metres in depth) and the quality of its workmanship, its architecture, presented in cross-sections, is not only expertly reproduced down to the last detail but also shows different stages of completion. 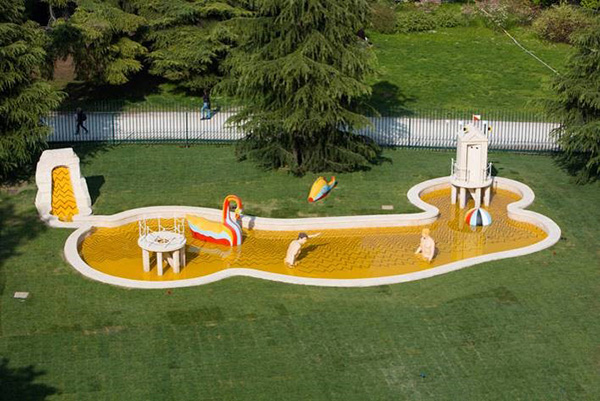 Built on the occasion of the 15th Triennale di Milano (1973), but based on drawings and projects dating back to 1934, de Chirico’s fountain, which was restored and returned to its original state in 2015, is located in the garden at the back of Palazzo dell’Arte. The fountain was once again filled with water, the two figures of the bathers were replaced with replicas – the originals, partially ruined by vandals, are preserved in the Museo del Novecento –, and the sculpture depicting the Fish was reconstructed. Additionally, all the surfaces, whose original colours had faded, were repainted. 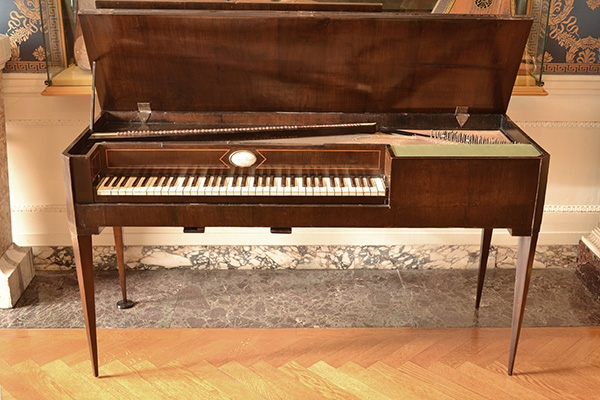 The first instrument, of Viennese construction, was donated to the young Verdi in 1832 by his father-in-law Antonio Barezzi. The fortepiano then passed to Giulio Gatti Casazza, conductor of the La Scala Theatre until 1908, who left it to the Museum. During restoration, a woman’s sock dating back to the first half of the 19th century was found inside it. The second fortepiano belonged to Vincenzo Lavigna, a music teacher. Giuseppe Verdi practiced on it in Milan between 1832 and 1835, after failing to be admitted to the Conservatory.

The two fortepiani are visibile at Museo Teatrale alla Scala

>> Learn also about the recently restored drawings and paintings and sculptures, or see the official map