A tour of Milanese museums to discover the masterpieces that were recently restored to coincide with the exhibition “Beauty Regained. Caravaggio, Rubens, Perugino, Lotto, and 140 other restored masterpieces” at the Gallerie d’Italia – Piazza Scala, Intesa Sanpaolo’s museum and cultural hub in Milan. Milan receives back 10 recently restored drawings and paintings and invites the visitors to the city to discover their beauty. Every work of art will be visible until 17 July 2016, while after that date many works will still be visible anytime and others will be relocated.
Now that you know about some of the newly restored paintings and drawings, go on reading:

5. Portrait of the Painter Rocchi 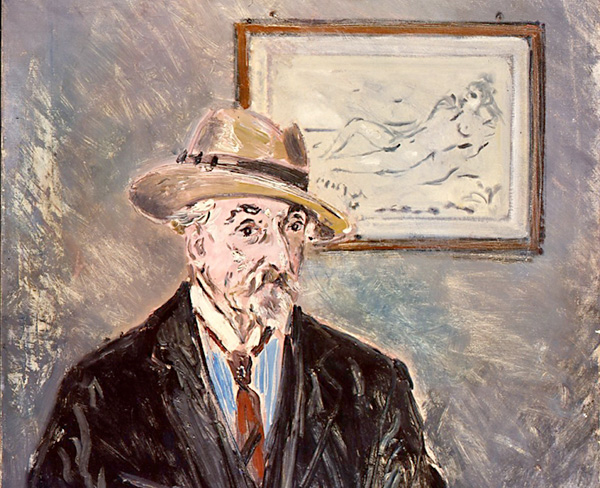 Although De Pisis’s works feature fewer portraits than still lifes or landscapes, they are often extremely intense. His typically fragmented, vibrant brushstrokes explore the somewhat lost expression of the Umbrian painter Mariano Rocchi. During the recent restoration aimed at recuperating the pictorial surface, X-ray analysis enabled restorers to identify another painting, drawn by an anonymous hand, beneath it: De Pisis thus re-utilized a canvas that had been previously painted by another artist.

The painting is hosted at Museo del Novecento

The long-awaited annexation of Veneto to Italy was one of the high points of the Risorgimento. A courageous painter and soldier who fought and was wounded in several campaigns, Induno was an indefatigable and efficient chronicler of historic facts. Here, the significance of the episode is increased by the architectural background: travelling aboard a regal vessel, the king landed in front of the Palazzo Ducale in Venice, in a festive yet official blaze of pomp and ceremony (see the main picture).

The painting is located at Museo del Risorgimento 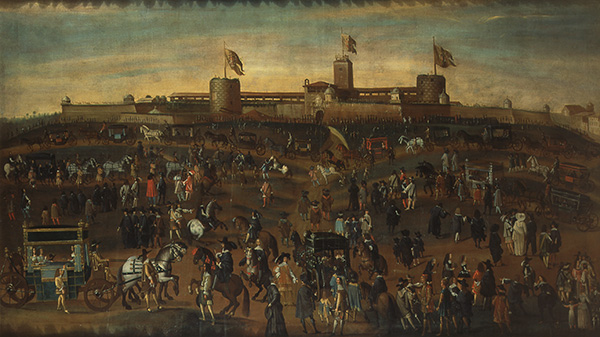 During the centuries of Spanish and Austrian domination, Castello Sforzesco was a small, grim fortress, the headquarters of a garrison. Set in an isolated position, to the north of the city and surrounded by a ‘garland’ of impregnable fortifications, it appeared to be radically different from the times when it had hosted one of the richest courts in Europe. While the flat space outside was used as a ‘Piazza d’Armi’, the area facing the city was a thoroughfare. The canvas, of enormous documentary value, is attributed to Sebastianone, a Lombard painter specializing in large-scale genre scenes and cityscapes.

The painting is hosted at Palazzo Morando 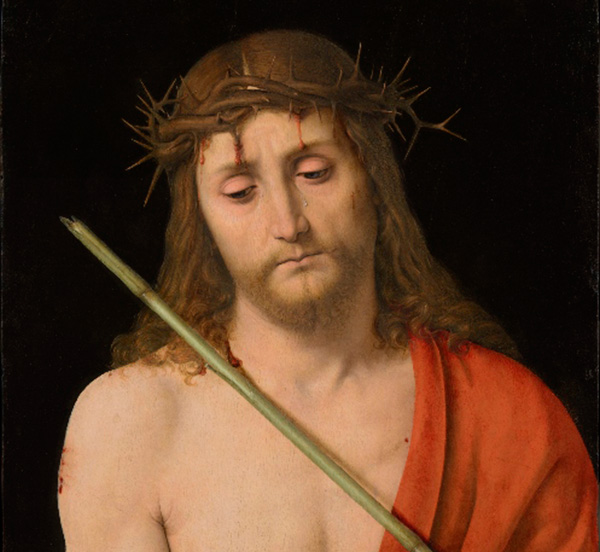 A detail of the Ecce Homo

The painting depicts the half-figure of Christ, in a clearly frontal position, showing his wrists tied with rope and his crown of thorns. Created using a painstakingly accurate technique that envisages the application of colour on a highly compact chalk preparatory layer, the painting references the works of Antonello da Messina and Flemish painting in terms of the details which are executed with enormous precision: the thorn piercing Christ’s eyebrow, the tears flowing down his cheeks and the large drops of blood dripping down his face and neck.

The painting is located at Poldi Pezzoli Museum 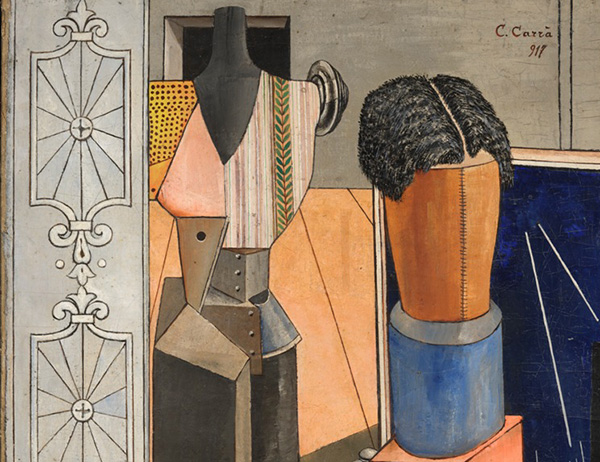 A detail of the Enchanted Chamber

The Pinacoteca di Brera owns a number of works that are essential to understanding one of the most significant turning points in early 20th century Italian art: metaphysical painting. The meeting that took place at the military hospital of Ferrara between Carrà, Giorgio de Chirico and Alberto Savinio proved to be of fundamental importance. At the height of World War I, metaphysical art offered motionless scenes, mannequins, sharp contour and colouring, ‘impossible’ meetings between objects placed within subtly disturbing perspectives.

The painting is located at Pinacoteca di Brera 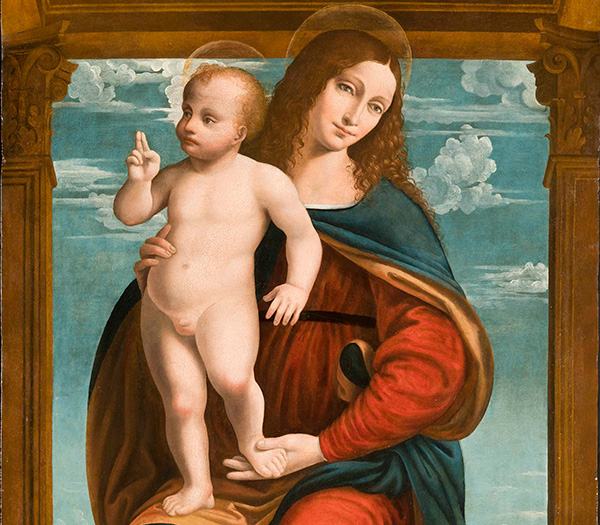 A detail of the Virgin and Child

This work painted in the Lombard artist’s later years only travelled a short distance before reaching the Ambrosiana. Interestingly enough, it came from the adjacent church of San Sepolcro, where it had been mounted during the second half of the 18th century. The triptych, now composed of three separate panels following the disappearance of its frame, shows the Virgin and Child flanked by two saints, both named John. The figures, clearly inspired by the school of Leonardo, are inserted in a portico, reminiscent of the chapter house of Santa Maria della Passione, decorated with paintings by Bergognone.

The painting is hosted at Pinacoteca Ambrosiana

>> Learn about the recently restored architecture and design masterpieces and sculptures, or view all the restored works on the official map