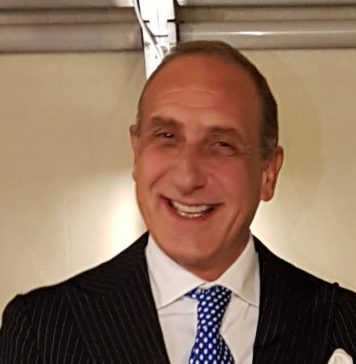 Director of Palazzo Reale, the Cultural Promotion Division of the Municipality of Milan and Milan’s science museums.

Domenico Piraina was born in Calabria in the South of Italy in 1962 and has been Milanese by adoption since the 1980s, where he graduated in literary subjects and received a master’s degree in public management. In his career he has directed the realisation of more than 1,500 exhibitions ranging from archaeology to ancient art, from modern art to photography, from contemporary art to design, although his field of choice is 19th and 20th century art. Some of the most significant exhibitions he has organised include those on Leonardo da Vinci, Giotto, Caravaggio, Picasso, Modigliani, Cezanne, Klimt, Van Gogh, Chagall, Kandinsky, De Chirico, Hopper, Salgado, Robert Capa, Henry Cartier-Bresson, Rubens, Keith Haring, Manet, Andy Warhol, Monet, Magritte, Van Dyck, Hokusai, Canova, Dali, Goya, Rodin, Pollock, Escher, the Impressionists, Toulouse Lautrec, Marina Abramovic, Maurizio Cattelan, Antonello da Messina, Dürer, Titian. He contributed to building the cultural project of the dossier that allowed the City of Milan to win the Expo 2015 award in 2008.

My warmest welcome to Italian and foreign tourists in this Milanese summer, which welcomes its guests with a varied and articulated cultural proposal.
Palazzo Reale awaits you in its rooms, once inhabited by kings and emperors, to visit, in June, multiple itineraries dedicated to the different languages of art: from the multimedia installation “La Scatola magica”, celebrating the 60th anniversary of the Salone del Mobile, which will be held in the evocative Sala delle Cariatidi, to the Mediterranean painting of Joaquín Sorolla and the autobiographical landscapes of Ruggero Savinio, to the sculpture of Francesco Somaini, the spatio-temporal aesthetic experiences of Grazia Varisco, and the large photographic exhibition celebrating Oliviero Toscani‘s 80th birthday.