Home People Designer Antonio Arico': from PoliMI to the World

Antonio Aricò (1983) was born in Reggio Calabria, Italy. After graduating from the Politecnico di Milano and a postgraduate course at the Alta Scuola Politecnica (see our section: study design in Milan), he completed his training abroad, studying Metal & Jewellery Design at the Duncan of Jordanstone College of Art in Scotland, Product Design at the Royal Melbourne Institute of Technology in Australia and Traditional Furniture Design in Spain. Since 2011, Aricò has lived between Milano and Reggio, his homeland, a constant source of inspiration. The attention paid to traditional techniques and local operating practices combined with attention to detail and the quality of the materials used in the execution of a work mark the main characteristics of his practice, which often deals with the creation of everyday objects. Featuring a signature style that combines the spontaneity of the gesture with the simplicity of the execution, Aricò’s work has been presented at DMY in Berlin, the Salone del Mobile in Milan, Maison & Objets in Paris, Stockholm Design Week, the Design Centrum Kielce in Poland, Triennale Design Museum of Milan, Holon Design Museum and the National Gallery of Victoria among others. Today Antonio works on personal limited collections and collaborations with big Italians brands such as Barilla Group, Seletti, Alessi and recently Bialetti and Noberasco.
In 2016, Antonio Aricò was announced as the winner of the ‘Resident Designer’. He was Selected from numerous applicants by a jury consisting of Marco Sammicheli, Stine Gam, Enrico Fratesi (GamFratesi), and Ginevra Bocini (Bitossi Home),
The prize included a 3-month residency to be hosted in the Italian Ambassador’s Residence in Copenhagen, Denmark. During this period the winner was to design a tableware collection that would be produced by Bitossi Home. During his stay, Antonio found inspiration in the residence of the Italian Ambassador, being surrounded by Gio Ponti designs that had been produced by Richard Ginori and Venini among others prestigious Italian brands. The brief set by Bitossi for this international competition asked applicants to design a collection for an important ceremony. Antonio wanted to emphasize this request in a graceful and delicate way by using a particular kind of finish that can be applied to ceramic: pearlescent lustre. He had explored this technique previously through the development of a project conducted in collaboration with Jude Glover and the students of RMIT in Australia. The resulting collection was called Australian Shells and consisted of a selection of tableware inspired by the form of seashells endemic to Australia. For this new brief, Antonio wanted to refine his ideas bringing the design to a pure concept and simple beauty: The Pearl.


‘Le Perle’ is a tea set in which the iconic symbol of a pearl becomes a module. And through repetition at different scales, all the pieces of the set are transformed into one poetic and elegant object. The Tea Pot without a handle is a pure, organic and a slightly imperfect sphere able to serve the tea. The milk jug, the sugar bowl, the tray, plates and spoons all come from the simple perfection of the solid volume of a sphere. By melting the noble shape of a pearl together with a pearlescent finish applied to the ceramic forms A.Aricò plays in a fantastic way and creates a simple, fun and elegant object, as he loves doing with all his designs. During his exploratory research, Antonio designed an entire tableware collection that was much more utopist (early sketches and renderings p1,p2). The sketches were giving life to objects composed of hundreds of round pearls; each of them composing one tableware product. This vision of practical elegance and refinement seduced the jury. But, due to logistic and financial reasons, the final collection is less complex than the winning project presented initially by Antonio. This has pushed Antonio to simplify the lines reaching the design of a pure object.
His official website is www.antonioarico.com 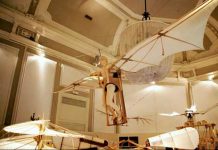