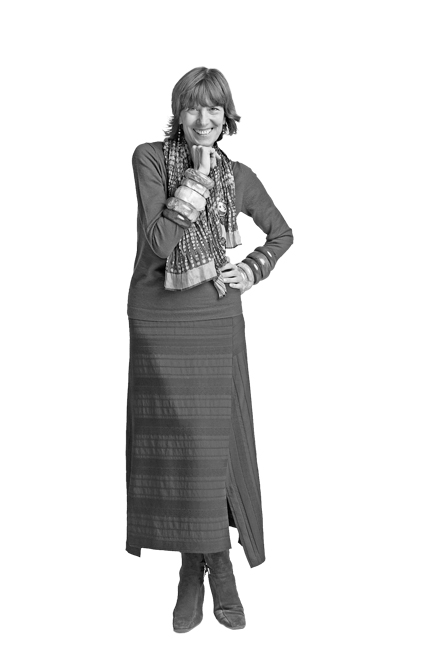 When was your business established and how has it changed over the years?
It all began in 1947, with the first pieces in Murano glass created by my grandmother, Emma. In 1964, my mother opened the first boutique in Milan, in via Morigi.
In 1987, I began working with resins, experimenting with the ‘inclusions’ that subsequently became the hallmark feature of our brand.
Where does the inspiration for your resin jewellery come from?
The idea first originated when Romeo Gigli asked me to enrich his collections with necklaces resembling amber and coral.
I wasn’t satisfied with the results obtained using synthetic materials so I started to experiment with resins.
The result was surprising. We are still able to handcraft our items today because our atelier is an artisanal workshop.
What should we expect to find on entering a Pellini shop for the first time?
Unique pieces in resin, semi-precious stones, crystals, glass and metals. The display space also changes thanks to our original selection of bags and accessories that blend in perfectly with the surrounding objects.
[slideshow_deploy id=’37683′]
[alert_box style=”white” title=”Where to find Pellini”]
Via Morigi, 9 – Milano
M1 (red line) Cordusio
T: +39 02 72010213
Via Manzoni, 20 – Milano
M3 (yellow line) Montenapoleone
T: +39 02 76008084
Corso Magenta, 11 – Milano
M1 (red line) Cordusio or Cadorna
T: +39 02 72010569
30, Galerie Montpensier Jardins du Palais Royal Paris, 1er
M1 and M7 (yellow and pink lines) Palais Royal – Museée du Louvre
T: +33 14 2961868