In addition to high-end brands, Fidenza Village exudes an atmosphere of bien vivre, enhanced by art, design and good food. And, this summer, it’s offering an action-packed events calendar. 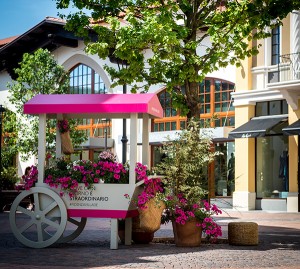 Situated at the heart of the food & motor valley and easily accessible from Milan, Fidenza Village offers more than just shopping. In addition to presenting a captivating array of all of the world’s best-known, most glamorous brands, including Jimmy Choo, Dsquared2, Jil Sander, K-Way, Le Silla and P.A.R.O.S.H., a day at the Village promises fans of shopping a unique experience where fashion and design merge with the gourmet offerings of its many restaurants and food trucks as well as a variety of artistic events. One such example is its latest newcomer, The Creative Spot Design (to learn more about it, read our flash news). In July and August, the Village will host the Fidenza Village Summer Festival, an extravaganza devoted to creativity and all forms of art, featuring artists in residence who, thanks to live performances, will not only personalize the giant letters that ‘decorate’ the paths of the Village but also several shop windows of the village’s more than 120 boutiques. Among the three artists involved, one of the most notable is Gio Pastori, who Forbes recently named one of the 30 most influential under 30 European artists. Other highlights will include original street theatre and contemporary circus performances during shopping night. Every Thursday in July and August when the shops stay open until 11pm, Fidenza Village will be animated by live music, travelling shows and on-stage performances. 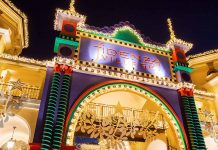 A Magical Christmas at Fidenza Village 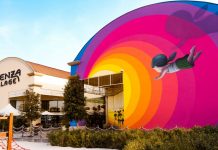 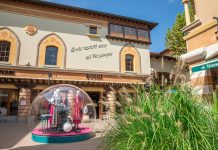