In the splendid setting of the Galleria Vittorio Emanuele II, Fratelli Rossetti opened the doors of his new Milanese boutique. Galleria’s space is presented in a totally new garment capable of combining elegance and tradition, distinguishing the Italian footwear brand with research and innovation.

STYLE, ELEGANCE AND THAT MADE IN ITALY TOUCH

The concept of the boutique is part of the craftsmanship of the brand, the tailoring and refined products, developed for him and for her over nearly 70 years of activity. The product is the protagonist, in an environment where the original flooring of the restored Galleria is found, marked by the untarsified marble. Inside, they are LED walls that create dynamically different images, thus giving the possibility to display the articles in the entire collection.

THE NEXT OPENING IN ITALY AND ABROAD

The boutique, which occupies an area of approximately 120square metres, joins those in Via Montenapoleone and Corso Magenta, and precedes the new openings in Milan’s Linate and Malpensa airports, scheduled for January 2022. An expansion process that starts in Milan and arrives in Brazil with two boutiques in São Paulo and the Emirates with a new store in Dubai Mall. 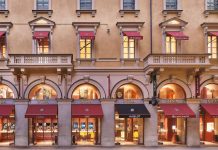 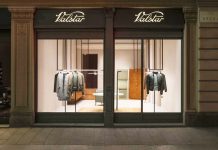 The New Valstar Flagship Store and Its Iconic Men’s Outwear 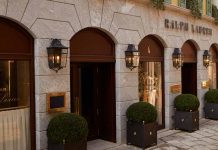