The historic Turin-based company Aurora recently celebrated the one-year anniversary of the opening of its boutique in Milan, in Via San Pietro all’Orto, a few steps from Via Montenapoleone. This is the second flagship store in Italy, after the one in Rome on Via del Babuino.

The Milan boutique is a treasure trove of iconic and new products, including the new ‘Secret Journey to Italy‘ collection, offering a limited edition of 888 for each. This collection tells stories, traditions and anecdotes from eight different cities in the Bel Paese. After Matera and Volterra, two cities rich in charm and culture, the third stage of the ‘Secret Journey in Italy’ explores the mystery guarded by Baia di Napoli, a picturesque location on the Gulf of Posillipo. The blue and violet tones of the body, in mottled Auroloid, clearly evoke the depths of the abyss and encapsulate its essence in a fountain pen with a bold stroke. A base with the silvery reflections of the waves, a distinctive feature found in the 18Kt rhodium-plated solid gold nib and chrome trim.

ABOUT AURORA PENNE
Founded in 1919, Aurora Penne signs writing instruments of different types, rollerballs, ballpoint pens and, above all, fountain pens, including the in-house production of the nib in steel or gold that bears the ancient 5TO hallmark. In over a century of history, numerous illustrious designers have contributed to the creation of Aurora pens, including Marcello Nizzoli, Marco Zanuso, Giorgetto Giugiaro and Giampiero Bodino. Among the most iconic pens that have taken shape thanks to the skill of master craftsmen and the most innovative technologies: 88, Optima, Ipsilon, Hastil and Thesi. 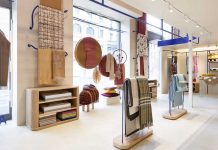 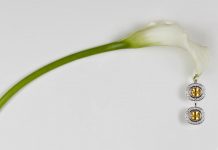 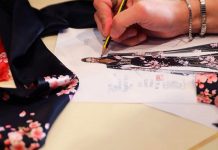