Milan’s Chinatown, known in Italian as Quartiere Cinese, is the oldest and biggest Chinese district in Italy. This pedestrian district stretches over the central via Paolo Sarpi – considered its main street – and reaches the nearby via Bramante, via Aleardi and via Niccolini, forming a real city within the city (a map follows). Whether you are planning to stay in town for a long period or just a few days, a stroll through this multi ethnical area is a curious way of discovering the less known insights of Milan.

A Walk in Milan’s Chinatown

This vibrant and dynamic area is located just a few steps away from some of the significant venues of Milan such as the picturesque Brera, the historical city centre and the futuristic buildings of Porta Nuova district.  Milan’s Chinese neighbourhood is an interesting location for a quiet walk or to take a look at the typical products displayed at the shiny windows at both sides of the road. Its pedestrian paths with cobblestone pavements and its three-storey houses give the area a retro allure, though featuring a strong Eastern personality thanks to traditional Chinese ornaments. Christmas, Chinese New Year and the Oriental Design Week offer one on the liveliest atmospheres packed with events and are the best times to admire a triumph of lantern lighting and decorative elements.

History of the Chinese District 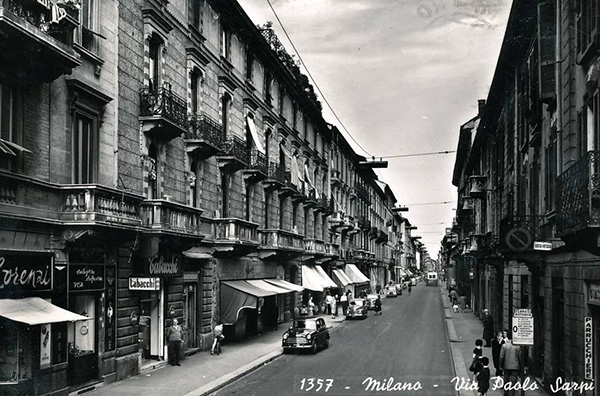 Conversely from what people might think Milan’s Chinatown has a long history to tell. The first settlements indeed date back to 1920s, when the first Chinese from the Zhejiang region – near Shanghai – reached Milan to work in the silk industry, increasingly expanding their presence throughout the decades. With the passing of the years the production during the Second World War changed from silk to leather belts to satisfy the soldier’s needs, though today’s features and this district’s characteristic shops are connected to the changes occurred within China in the 80s, when a new wave of political opening kicked in the launch of new activities spanning over different sectors such as manufacture, trade and services. Are you in search of an historical peculiarity of this area? Few people know that Milan is the first case of twinning between Italy and China, as the city’s Chinatown became twin city with Shanghai in the early 1980s. Now, though Milan’s doesn’t feature a typical access arch like the Chinatowns you can spot in London or in Paris, which are renowned as the widest in Europe, this area has a strong identity and an evocative atmosphere thanks to its traditional Chinese lanterns and ideograms. 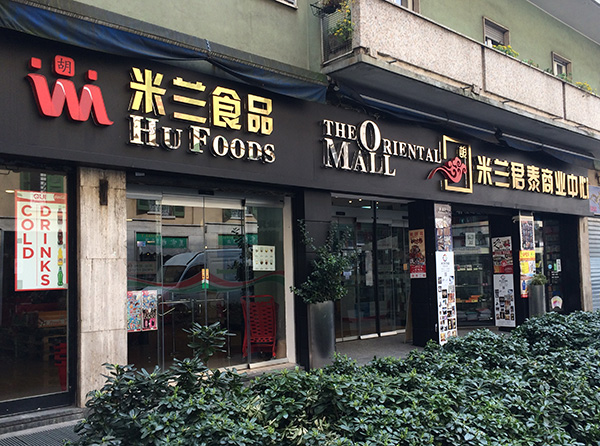 Boasting more than 150 stores among boutiques selling Oriental products, traditional tea shops, a department store (the Oriental Mall in via Rosmini) and even the biggest store for ethnic food in Italy (the highly central Kathay), the Paolo Sarpi area is a curious spot for shopping. Jewelleries, fashion boutiques for menswear, womenswear and leather goods (both from Italian brands and Chinese manufactures), ethnic homeware shops, wine houses, opticians, beauticians and computer shops – mainly run by Chinese – are just some of the stores you can find while strolling through this street. Small shops selling imported typical Made in China products are scattered around the main streets of the district. Many of its visitors, though, are mainly attracted by its vast array of traditional delicacies from the Far East, which can be tasted both at local restaurants, street food hubs or purchased at specialised shops.

Few people know that this area also hosts some historical Italian boutiques like the famous Cantine Isola, a real haven (or heaven) for wine or aperitivo lovers since 1896 or even the Macelleria Sirtori, selling some of the best meat cuts from organic production. Cappelleria Melegari with its hallmark hand-made hats, Ottica Scaccabarozzi, a reference point for glasses and sunglasses from renowned designers and Colorificio Sarpi, a small colourful hub for paints and home décor accessories are just some examples of true Milanese boutiques which perfectly meld in this international reality.

Eat Out in Paolo Sarpi and Nearby Areas 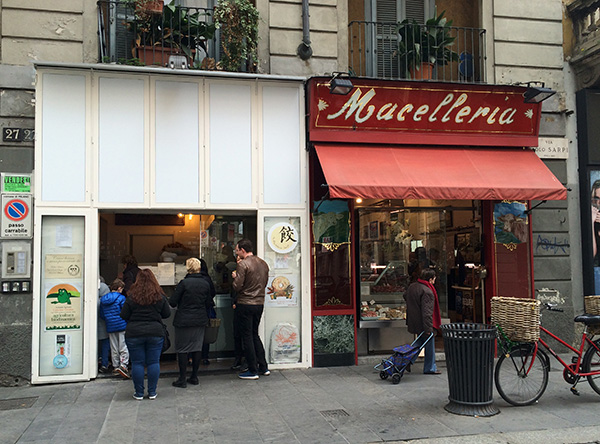 The Ravioleria Sarpi and Macelleria Sirtori

When it comes to food, the Chinese district features a variety of choices satisfying any taste whim. From breakfast until dinner time guests can enjoy both traditional Italian products as well as taste a selection of delicacies from the Far East that range from noodle to steamed or fried dumplings. For a real full immersion into oriental cuisine a stop at Jubin, between via Bramante and via Paolo Sarpi, or at Hua Cheng, known for its traditional noodles and dumplings is an absolute must-try experience. Another good choice for traditional Eastern food can be found at Ramen a Mano, a small culinary laboratory serving daily the traditional Lanzhou Lamian ramen, made with softly cooked beef broth (in via Lomazzo).

When you say Chinatown in the world street food comes to your mind straight away; the same happens in Milan as the Sarpi area boasts many small street food laboratories selling small take-away delicacies. One of these is the Ravioleria Sarpi, a tiny one-window shop serving traditional handmade vegetarian or meat dumplings perfect to be eaten on the go, prepared using high-quality meat coming from the nearby Macelleria Sirtori. For those with a weakness for sweet delicacies, Pasticceria Martesana is a reference point located in the heart of Chinatown and offering a tasty selection of traditional Italian pastry and chocolate. Though it also boasts salty specialities for a quick lunch break and a cosy tearoom on the upper floor, for a gourmet experience from breakfast to dinner. Take advantage of your visit to Chinatown to savour the characteristic “bubble tea”, a typical sweet beverage from Taiwan which can be tasted in different varieties at Chateau Dufan.

Entertainment in the Sarpi District 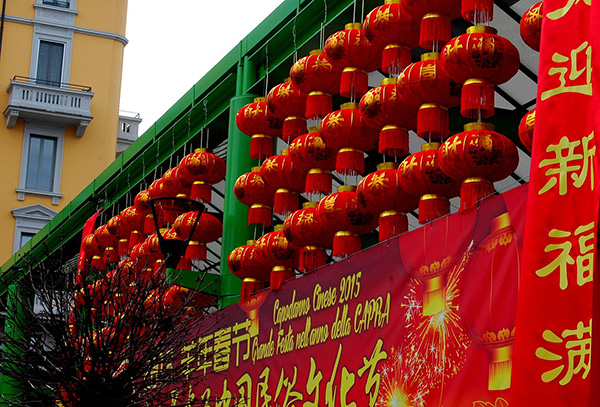 Chinese New Year, traditionally between January and February, is the perfect time to visit the Quartiere Cinese. On this occasion the New Year parade is held culminating in the typical “dragon dance”, a long and picturesque parade featuring a couple of dragons moving throughout Chinatown starting from Piazza Gramsci towards Parco Sempione surrounded by music, decorations and drummers.

>> Discover the destinations for sightseeing in Chinatown

While planning a visit to Chinatown, visitors might take into account moving around with public transports, by bike or on foot, as many streets in the district are limited traffic areas ad don’t allow access by car. The area can be reached via Underground (M5 – purple line- Monumentale or, a little further on, M2- green line- Moscova), via bus line 57, 43 and by tram line 12. Those enjoying a quiet wander by bike can take advantage of the BikeMi sharing, whose station 188- Niccolini Sarpi is located just in the heart of Paolo Sarpi area. An efficient taxi service is also available, to quickly reach the chosen location without traffic limitation.

>> Check all the events in this location

Highline Galleria: Walking across the Rooftops of Galleria...