Top Tips
The Best Spots for Co-Working in Milan
What to do in Milan: January 2020
A Guide to Sales in Italy: Best Deals,...
The Best Places for a Quick Gym Session...
The Best Locations for Dinner and Dance in...
Michelin-Starred Restaurants in Milan 2020
Where to Eat Risotto alla Milanese in Milan
Food and Culture, Museums with Restaurant in Milan
Shop and Eat: the Best All-in-one Spots in...
Outdoor Happy Hour in Milan
Sightseeing Porta Nuova

A vibrant, futuristic district overlooking two of Milan’s more traditional neighbourhoods. A perfect spot to explore the new soul of the city.

Though called Porta Nuova (in Italian: “new”), it’s name is anything but new: in fact, since the very beginning, it has been a part of the city’s identity. This historic, formerly industrial area has been given a makeover thanks to an important and complex redevelopment plan that has now transformed it into Milan’s most futuristic district, redesigning and redefining both its skyline and character.
This urban revitalization scheme involved several internationally renowned architectural firms (Pelli Clarke Pelli Architects, Kohn Pedersen Fox Associated, Boeri Studio and others), creating a ‘virtuous’ link with the Garibaldi and Isola districts, among some of the most vibrant and interesting in the city, renowned for their cultural assets and nightlife scene, and the Varesine district, which have been reconnected and embellished by pedestrian areas, cycling tracks and green spaces. Hi-tech stores, arcades, bookstores, bars and cafés, pizzerias and discotheques: a totally new area for Milan, and the Milanese.
The heart of the area is the large raised square erected next to the Garibaldi railway station, dedicated to architect and designer Gae Aulenti and crowned by three glass skyscrapers designed by César Pelli, including the Unicredit tower, the highest building in Italy. Towards the south, a walkway connects it to the ultra-trendy Corso Como, piazza XXV Aprile (home to the Eataly building, a haven of high-quality cuisine) and, just beyond it, to the Garibaldi district, renowned for its viby nightlife. Towards the north, a pedestrian boulevard and a cycling track connect it to the Isola district, a new, up-and-coming cultural hub, dotted with small restaurants and venues where you can listen to a great selection of upbeat music. Towards the east, the brand new Business Centre and the residential towers of the Varesine district.
From piazza Gae Aulenti, you can enjoy a unique view of the district and the skyline of the new city: just a little further on you will encounter the Vertical Wood, nominated the most innovative highrise in the world at the 2014 Highrise Award, the Diamant Tower with all the new towers of the Porta Nuova Business District, Palazzo Lombardia, the Lombardy Regional Government building and Palazzo Pirelli designed by Giò Ponti.

>> Browse our database of interesting shops and boutiques in the district

How to reach it

Read about other famous areas 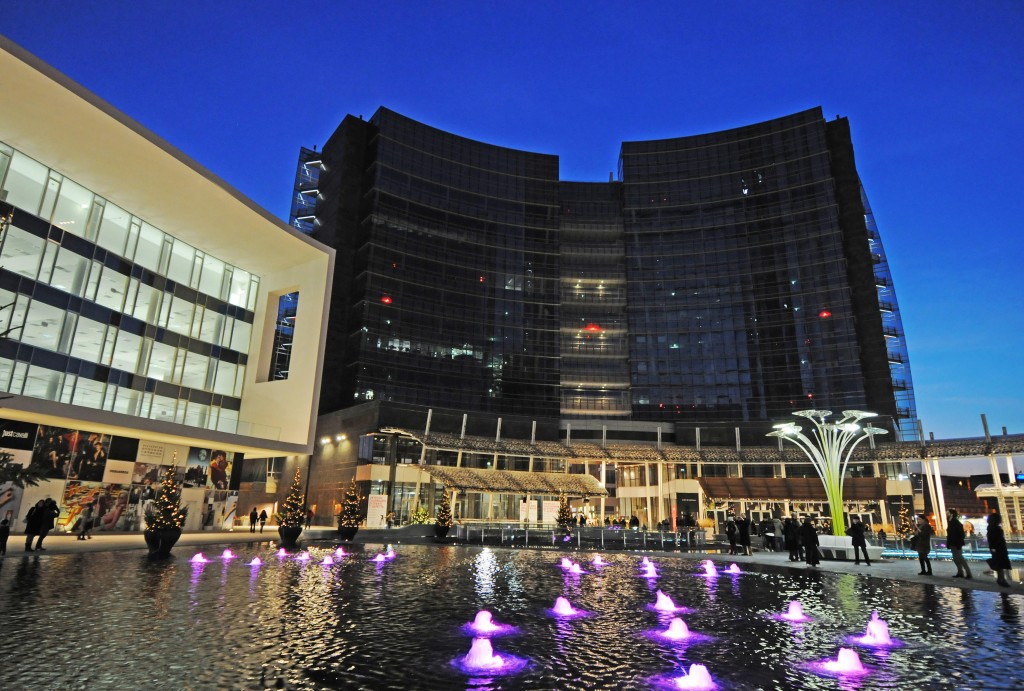