Name: The University of Milan – Università degli Studi di Milano (La Statale)
Type: Italian state University, not affiliated to any specific religion
Description: The University of Milan was founded following the merging of several prestigious institutions of longstanding repute including the Accademia Scientifico-Letteraria (1861), the Istituti Clinici di Perfezionamento (1906), the Scuole Superiori di Medicina Veterinaria (1792) and Agraria (1871) – as well as the historic Ospedale dei Poveri (1456) – rechristened “Ca’ Granda”, i.e. “the big house”. The latter was renovated during the post-war period to become the headquarters of the administrative staff and of the faculties of Law, Humanities and Philosophy.
In 2014, a permanent historical-artistic itinerary was set up within the complex. Visitors can trace the history of the university’s past thanks to the presence of some 11 informative panels complete with audio commentary.

A public, secular school, the Università degli Studi di Milano is one of the largest institutions in the region of Lombardy. Not only does it boast an impressive number of teaching staff and students but it also offers a wide range of courses, of longstanding tradition, especially in the field of Humanities but also in Medical Sciences.

The first courses offered solely in English and attended by thousands of international students were its first level 3-year degree courses in Political Science and its second level (2 years) degree courses in Economics and Political Science and Finance, Environmental and Food Economics, Industrial Chemistry, Management of Human Resources and Labour Studies, Sustainable Development, International Relations, Public and Corporate Communication, the International Medical School course (lasting for a duration of 6 years and established in partnership with the Humanitas hospital) as well as courses that allow students to obtain a double degree recognized both in Italy and another foreign country.
Open since: 1924
Partnerships: among others, interesting partnerships with the British universities of Oxford and Cambridge
Memberships:
League of European Research Universities (LERU) 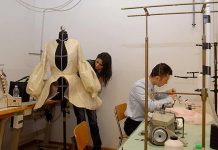 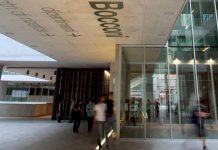 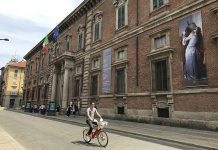