Home Local Tips What is the Best Month to Visit Milan? Always!

The city that never ceases to amaze

Are you ready to discover one of the hospitality and entertainment venues par excellence? If you still don’t know about Milan, anytime is the best moment to leave. It’s no doubt that Expo 2015 has been a great boost for ideas, events and meetings of many kinds, a true success in terms of visitors. Though this extraordinary event ended, Milan never ceases to amaze. Over the last years the city has marked an ever increasing growth in the number of fairs, cultural and entertainment events not only involving Milanese, but also targeted at attracting thousands of tourists, both Italian and foreign. An enviable variety of event that mobilised the city, turning the city once again into the country’s beating heart, not just for the yet acknowledged relevance in business, the Lombard capital’s jewel in the crown ever since, but also with regards to culture, entertainment and sport – and yes, this was a surprise for many people! For a long time now, Where® Milan has been an important means of information on the city: being a privileged observation spot on new-ins, Where® Milan is always forefront in keeping businessmen and tourists updated on the most interesting offers month by month. And for those who are wondering on which time of the year is best to plan a visit to Milan, our answer is easy: each moment is perfect! This is possible as the city offers a one-of-a-kind programming of events, succeeding in housing businessmen and professionals, as well as satisfying the most curious’ need of diversion and discovery.

Fashion and design: Milan fosters ideas and enlivens the ‘movida’

The core themes featuring Milan as an all-year-round protagonist and involving also business, culture and entertainment are two: fashion and design. Milan Design Week (Salone Internazionale del Mobile, in Italian) held in April at Fiera Milano attracts the most renowned design and furnishing brands, as well as designers and professionals of the sector coming from all over the world who, there, find the best setting possible to introduce new trends in design. In the meantime the Fuorisalone livens up the most lively districts of the city, mobilising thousands of people spread between launches, parties, live performances and exclusive openings, some of which free. The fashion industry, the other great jewel in the crown Milan boasts, also promotes events and mobilises the crowds as much as design, if not more: the four Milan Fashion Weeks, in January and in June for men’s fashion and in February and in September for women’s have turned the world’s spotlights on incoming trends, galvanising thousands of buyers’, creative talents’, photographer’s and editorial staff’s attention. The 62,000 ‘fashion lovers’, just with regards to 2015, who took part to Milan’s Fashion Weeks and the other 150,000 aficionados who poured out in the streets of the ‘Quadrilatero delle Moda’ for the new-born phenomenon Vogue Fashion Night Out in September are important data that state Milan’s key role in the heavens of global fashion.

Milan the city of art, Milan the city of ‘movida’, Milan the capital of opera. The various faces of the city are expressed by the many cultural events proposed. In the latest period new hot dates appeared on the yet rich events stage; various successful initiatives joined the Scala Opera House’s, Royal Palace’s and the other culturally central spots’ rendezvous. 2016’s must-go event par excellence will be the XXI International Exhibition at Milan’s Triennal’s (XXI Esposizione Internazionale della Triennale di Milano) homecoming after twenty years of absence which, starting from 2 April and lasting six months, will turn the city into the capital of creative thought. MITO SettembreMusica is the jewel in the crown of Italian music culture, a month-long extravaganza targeted at promoting the discovery, or re-discovery, of various musical genres performed in the city’s most suggestive sights such as auditoriums, concert halls, theatres, squares, historical palazzos and museums spread over Milan and Turin, the two Northern capitals connected to each other on a 40-minute-journey by high-speed trains. A true nourishment for the soul, such a captivating venue able to number over 100,000 participants in 2015 edition. Always talking about great music, how not to mention PianoCity? Three full days of music, free and open to public: an anywhere spread festival whose music performances by great international artists and young emerging talents echoed in the squares, courtyards, public transports and markets. Such an appealing idea that it marked a record sold-out in places availability. The fall appointment with BookCity is another hot date to be marked on your personal agenda: a one-of-a-kind event reaching the goal of 150,000 participants on its fourth edition. This event includes three days (plus one fully saved for schools) in which meetings, launches, conferences, out loud readings, exhibitions, seminars on newly-introduced reading techniques, both on antique books and ever-new publishing, as well as coming from private and public libraries are held. Jewish and the City is among the newest recurring events introduced and is an international festival on Jewish culture in September, catching the attention of more than 15,000 visitors and offering a great chance for debates, in-depth analysis and discussions, granting an opportunity to intensify the the interactions with the city in peerless locations such as the Central Synagogue, the Gallerie d’Italia – Piazza Scala Museum, the Corriere della Sera Foundation and many others. Those in search of a relaxing experience in the green areas of the city won’t be disappointed. Open-air events such as Floralia in March or Orticola in May combine floral exhibitions with charity initiatives, while the new-born GreenCity, featuring its ‘Zero-Edition’ in October 2015, is once again a widespread venue dedicated to green and involving institutions, associations, citizens, besides the whole city of Milan to value the yet existing excellences in the territory and targeted at enlarging the community of those who wish to live in an always greener town. Every last Sunday of the month visitors can find their meeting place with history along Leonardo da Vinci’s Navigli, hosting picturesque antiques markets, which evoke romantic atmospheres from the past, while in December, when the Saint Ambrose festivity occurs, the unmissable Oh bej! Oh bej! Fair attracts Christmas markets lovers.

Sector meetings and fairs for business all year round

From January to December, excluding the summer months of July and August, the two majestic exhibition centres of the city, Fiera Milano, in Rho, and Fiera Milano City, at Portello district, open their doors to some fairs of the yet considered hot-dates, not just for professionals from various sectors, but also for external visitors as, for instance, creative minds, journalists o simply curious ones. Events of this kind succeeded in mobilising the striking number of 2,296,602 visitors between the end of 2014 and 2015, coming from all over the world. A constant growth in almost any merchandising sector, as stated by the data on HOMI, the Lifestyle Fair, which saw the increase in its guests from 78,000 to 94,000 in just one-year-time as well as the number of its editions doubled, now held between the end of January and the first days in February and at the end of September. The possible exhibitions proposed range from large-scale events for professionals in finance, hospitality, leather goods (Lineapelle and MIPEL), footwear (MICAM), hobby and eyewear (MIDO) sectors to less engaging appointments, but always highly captivating like, for example, the varied programming introduced by Novegro Exhibition Centre, which mainly attracts collectors and enthusiasts in various fields. The uber-popular Fair of Craftsmanship (Fiera dell’Artigianato, in Italian), held yearly in December, during the Saint Ambrose and the Immaculate Conception (7/8 December), is a must-see event you can’t but mark on your agenda. The fair is a wide meeting centre open to anyone where exhibition stands displaying handmade products, spices and delicacies coming from different countries of the world mix with picturesque shows, live performances and eateries, introducing a peerless occasion for the discovery of various cultures.

The heart of sport

Even any sport lover may find many unmissable events in Milan. September is a hot month for car lovers who can find a one-of-a-kind opportunity to fulfil their curiosity by attending one of the most engaging F1 competition, the Monza Grand Prix. In 2015 this great race experienced a remarkable increase in the number of participants, 10,000 more than the 2014 edition, reaching the impressive target of 154,500 guests. But it’s not all about cars, as also motorbikes act like protagonists in the motor panorama of the city: the cold late November days have been heated for many years now by the roaring of the engines displayed at EICMA, the widest motorbike exhibition where the newly designed models on the two wheels are introduced to the world. Though the city also attracts audience of the most varied sports among which football and basketball at the highest levels, just to mention some, as well as Milan Marathon in April. In August 2015 the World Canoe Championship was held here, at the majestic Idroscalo stretch of water. Moreover, on 28 May 2016, Milan will be stage to the UEFA Champions League final match, one crucial event galvanising the attention of football lovers worldwide and expected to fill San Siro Stadium. Are you still in search of a good reason to plan a visit to Milan? Where®Milan selects for you the best art, entertainment, culture and business choices the city of the Madonnina can boast. Letting the dynamism of an active, educated, full of history and culture city overwhelm you has never been this enjoyable.
[Photo credits: Archivio Where Milan, Andrea Jarach, danimisra, La Scala Official
Milano Design Week by Pava, licence c.c3.0] 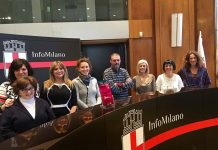 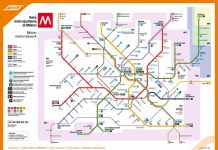