Home Transport Italian Railway Companies: Local and National Trains that You Will Find in...

Milan is one of Italy’s most important cities, not only because of its importance to Italian economy but because of the city’s geographical position. Situated in Northern Italy, other cities in Europe can be easily reached from Milan by train offering a fascinating and practical way of discovering Italy as well. Listed below are the Italian railway companies operating through Milan:

It was once owned by the State, it is the oldest and therefore main railway company of Italy, with the widest offer of trains and the highest coverage of the Italian territory. Frecciarossa trains, reaching a maximum speed of 300 km/h (roughly 187 miles/hour), are part of the offer by Trenitalia, featuring fast connections at convenient and frequent times. Frecciarossa train is in service on the following routes:
– Turin – Milan – Reggio Emilia AV – Bologna – Florence – Rome – Naples – Salerno with over 97 trains per day
– Venice – Padua – Bologna – Florence – Rome – Naples – Salerno featuring  20 trains per day
– Trieste/Udine – Venice – Padua – Vicenza – Verona – Brescia – Milan – Turin with 24 trains per day
– Milan – Reggio Emilia AV – Bologna – Rimini – Ancona – Pescara – Foggia – Bari covered by 4  trains per day from Milan to Ancona including 2 for Pescara, Foggia and Bari, also Brindisi and Lecce at weekends.
General info: Toll free number 892021 (Accessible only from Italian numbers).
www.trenitalia.com

It is a private-owned company, the only competitor of Trenitalia in the country. Its offer includes only new, fast and elegant trains, while Trenitalia also features slower (and cheaper) train lines of ‘Regionale’ trains. Like Trenitalia with its Freccia trains, Italo connects some of the stations of the major Italian cities, including Florence, Rome, Naples and Milan.
www.italotreno.it

Each administrative region of Italy usually has a local train line, and perhaps we should warn our readers that the customer care destined to non Italian speaking travelers is in some cases very poor. In Lombardy the local company Trenord serves Milan with its Urban Railway [Passante] and Lombardy, the region of Milan including Como, Monza and other nice cities with no airport.
Not only Trenord connects a wide number of villages in Lombardy, the Malpensa Express service, which connects the centre of Milan to the intercontinental hub at the Malpensa Airport (Terminal 1 and Terminal 2), is a Trenord service. Trains from Milan to Malpensa run 7/7 between 04:27am and 00:20 at night, with over 146 jouneys daily.
Finally, you can buy special tickets by Trenord to discover Lombardy and its attractions, through the carnets offered on their official website. In order to get the best assistance from Trenord operators we suggest our English-speaking readers to make a face-to-face purchase at Trenord’s rail stations: Milano Cadorna FS or Milano Porta Garibaldi, or also Milano Bovisa FS, Milano Centrale FS, Milano Domodossola FS, Milano Porta Genova.
A very useful service is provided by the official website www.my-link.it/mylink. Here Trenord customers can learn about delays, canceled trains and any other problem of their train.
General info T: 800 500 005 (Accessible only from Italian numbers. Mon-Sun 7am-09pm).
www.trenord.it 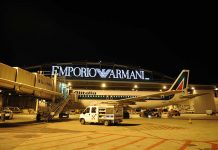